When we became a multiracial family, I started reading and listening. A lot. Ignorance frustrates me – I don’t even like practicing a new language with a native speaker until I’m a few years in. So the magnitude of my racial ignorance was a little terrifying. Thanks to some great friends, authors and an unfortunately broad swath of “what not to do” examples in the universe, I feel like we now have a fighting chance to be decent parents to brown and black kids. We’ll screw up multiple times, but can own that and learn.

At our house, we’ve worried mostly about everyone but Tess, who looks just like us. But Tess gets the most verbal about not “matching”. She desperately wants dark, curly hair and to wear beads. She wanted brown skin for a long time. And yesterday, this awareness took a more frustrating turn.

Two of our sitters have the same name. One is black and one is white. The black one, who’s been a part of the family for years, babysat last night. And Tess decided to light up the evening by declaring she didn’t like brown skin. Never mind the fact that we know this is bs and inflammatory. There’s no way those words are given oxygen in this house. But where do you even start?! With the help of two smart, well-spoken, and respected black women – that’s where. I don’t know if Tess even understood how big a deal those words are, but she does now. Dave’s pretty sure she was just saying she wanted the other sitter with the same name, but I don’t even care. Not okay.

To top off this lovely moment of racial awareness, I was at an event this week where someone who KNOWS MY KIDS made a comment about how unreliable the brown people in a specific place are. A place I’ve visited and love dearly. A place with wonderful culture, food and traditions – and wonderful BROWN PEOPLE, where I as a white woman felt welcomed and safe. This person ignored my attempts to gently push back and specified, “No. I’m talking about the not white people.” I know to expect it, I’m getting better at how to respond, but as the mother of 3 Latinx kids, I was horrified. Because I like this person, but was astounded at how easily they assumed that was ok to say out loud.

We all have biases. All we can do is be aware of what’s happening in our own heads. When I find myself alone on a street with two teenage black boys, I keep in mind that they could be trouble or they could be Remy and Griff, growing up. We can change our reactions to other people, and it has to be a conscious choice. After all, we’re biologically drawn to people who look like our families, and for most of us that means people who look like us. Let’s think broader, and make our community so much more interesting by going technicolor.

I used to freeze when I heard a comment like the one above, and I’d conversationally possum. Then I’d get angry – angry enough to write a person off for saying something so ignorant. And then I remembered I’m not perfect either, and future me will probably roll my eyes at myself over some firmly held belief from today. So now I push back. Not hard, not rudely – but I take a steadying breath and tell someone voicing racism that I disagree. And dislike. And then I move on. None of us learns well when mortified, but I won’t let people get away with it anymore. So we have an uncomfortable moment and let it be. It’s like homework.

In our house, we say the first time you make a mistake, you’re learning. The second time you make that mistake, it’s a choice. If we touch on a tough subject, and someone chews on it and doesn’t go there again, we’re fine. If that person comes back with more “not white” stories, we’re kinda done. At least until they see the light. Because our family doesn’t look alike. Tess will never get Remy’s hair, no matter how badly she wants it. And Remy can’t put her white skin on. And our life goal as parents is to do our best to prepare them for the world, and the world for them. All of them.

So if you love our beautiful kids, which so many of you do, remember that they’ll be teenagers soon, and I guarantee you they’ll do some dumb shit. That won’t make them worse than their peers, only more likely to be punished. Help us keep them safe by not smiling and nodding at the ribald jokes and stereotyping. Remind yourself that those hoodlums are someone’s kids, and their mom might nail them for being idiots if she catches them. And know how not entertained we are by “those” stories. Try me if you must, but my kids come way before that bad sense of humor. 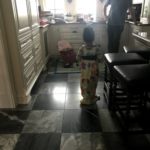 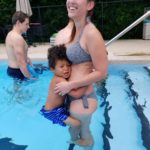 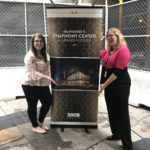 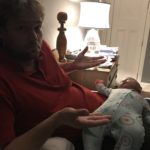 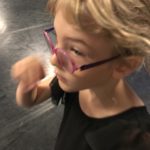 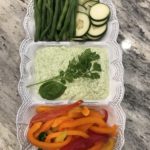 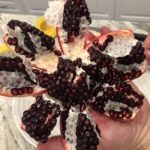 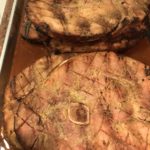 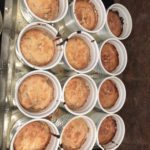 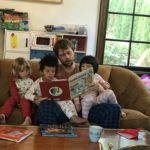 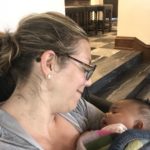 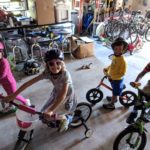 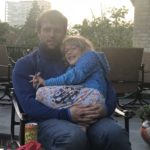 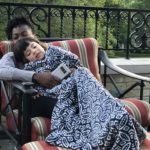 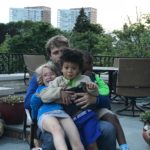 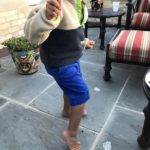 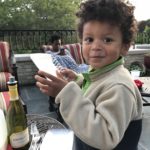 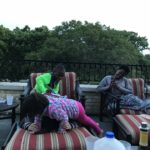 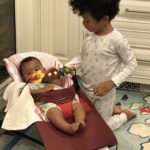 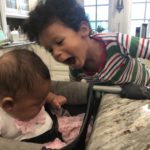 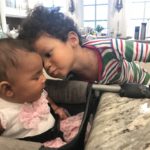 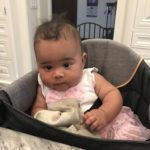 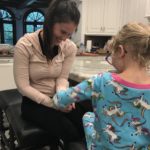 2 thoughts on “When race intersects with family and friends”