What’s in a name? When we chose a name for Tess, we wanted to respect her roots and honor her birth parents – so we chose a European name that we dedicated to them as her middle name. We happened to be trying Tess Ingela out the week she came early, and I remember sitting on the plane and thinking,

Oh my god. Is this the right name? Is it a temporary name infatuation or is this it – the perfect moniker? Will she like it? Will they like it? Will it suit her?

That was of course mixed in with all of the panic over her prematurity and unexpected arrival months ahead of schedule, which took some of the fun out of it. Now we know the name suits her perfectly and we love it – but at the time I felt rushed. (I like to make major decisions quickly and confirm them as slowly as a glacier changes the earth’s surface. It makes Dave a little nuts. Rushing makes my head explode.)

This time, we struggled to get the ball rolling, with no names we agreed upon. Dave’s big worry is playground cruelty, so he’s aiming macho. Mine is a name that travels well and respects baby boy’s Haitian roots. These goals don’t necessarily mesh easily. Still, we currently find ourselves with four – FOUR! – name combinations we like. How did that happen?! Logic dictates we try them on for the next few months and then see what suits the little man, but I don’t think I’m capable of that level of laissez-faire. So I now harass Dave to say the names to me at least 100 times a day and demand to know what his favorite is that second; an unproductive habit that fulfills my need for activity and may turn him prematurely grey.

On the Tess front, In a completely Oplinger twist, her crossed eyes are an optical illusion. That’s right: we’re seeing her eyes incorrectly due to how the folds of skin around her eye cover the white. She sees perfectly. I’ve never been so thrilled to be wrong in my whole life. A special thanks goes out to all of the public and private words of support. In my moments of weakness or worry as a parent, knowing other people have been there and can laugh about it means the world to me.

We spent Saturday night at mom and dad’s watching the Packer game. Great food, great people, exciting (and sad!) football. Dad capped our team loss off with ice cream drinks and we didn’t leave until after midnight. I’m telling you – my parents are cooler than me. An mom’s line of the evening takes the cake:

I just wish I could ski as well as I drink.

I love that lady something fierce. 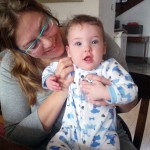 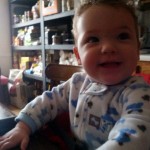 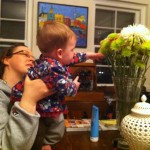 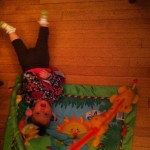 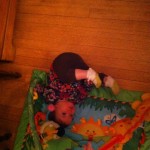 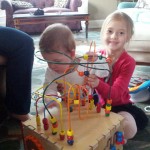 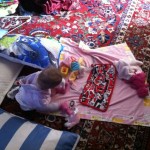 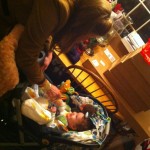 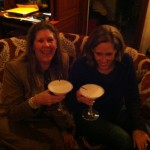 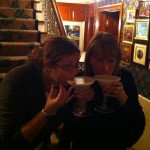 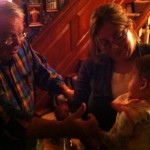 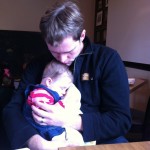