Dad, Colin and I are reunited! We drove into Hong Kong during the light show last night, when the city’s towers become an art installation. That was an impressive introduction to an impressive town. We ate Peking duck that surpassed Beijing’s best and enjoyed the reunion. Waking up here, throwing the curtains open with the touch of a button, I can assure you the tallest city in the world lives up to its name. Wow!

Today we had an unusual day. It started with the most amazing brunch I’ve ever had in my life, looking out over the city. Afterwards, we walked through Hong Kong Park. Then we were super tourists and stood in line for ages to take the Victoria Peak tram – the steepest in the world. The view from the top was pretty mindbending. From there, you can see the bays on either side of the island. Back at the bottom, we walked through part of downtown, past the Rolls Royce dealership, the hovels across the street, and through market streets full of odd smells and foreign fruit – where people actually live and work.

After a ferry ride over to Kowloon, we followed a kind mall concierge through multiple other streets and malls to her recommended restaurant – also in a mall. (Everything here seems to be in malls!) The dedication to service in this country takes my breath away – we weren’t even shipping at the mall she worked in. People here are just that nice.

Dinner was dim sum, including the special Xiao Long Bao, broth-filled dumplings that are a specialty of Shanghai. Bliss. we were the only white people in the restaurant, so I could finally figure out when to use chopsticks, when to use the spoon, and that you’re supposed to pick up the bowl.

Our evening plans culminated with a nighttime cruise of the bay during the light show. We strolled home on the open-air skywalk system. Colin turned in, but dad and I stayed up yakking until late. It’s been ages since we’ve have the chance to shoot the shit so extensively, and I loved every minute!

We all travel very differently, so we make an odd (but good) traveling trio. I like to have a plan and work off of it as I please, power walking to somewhere. Dad likes to pound the pavement and follow his nose, seeing whatever happens to be around him – whether it’s fancy cars in a dealership or what’s on special in a street cafe. Colin likes to meander slowly, letting the city carry him where it will. We all like traveling with buddies, so for better or worse we stuck together! In some ways, that made me feel like I was learning a whole new side of these guys. It also helped me see Hong Kong in a way I never would. Trip of a lifetime? Very likely. 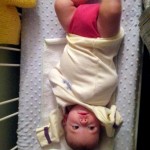 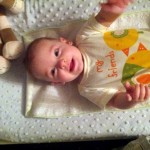 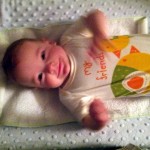 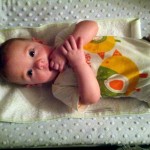 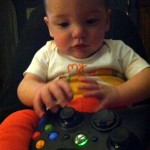 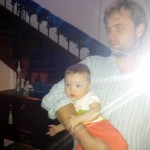 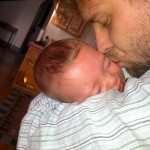 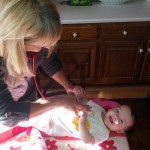 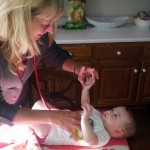 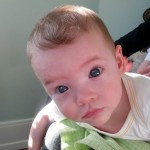 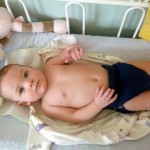 2 thoughts on “Waking up in Hong Kong”