So I rode a bike to work today for the first time. While it’s easy to say

I therefore was not at all surprised when I managed to fall off the bike three times before leaving the driveway. Our contractor was kind enough to help me put myself back together (lost the bike the first time, the bag the second time, and a shoe the third), and even went so far as to say,

Wow! I never get to be this accomplished this early in the morning.

My fall from grace continued as I headed down the street. The incline of our street is so small as to not disturb Tess’ walking one little bit, yet it made me feel like I was biking into a canyon. When I reached the first turn, I realized I could hardly steer – kind of like I could hardly get on the bike. Then I reached the first point to cross traffic… and it was just as out-of-control as everything else. Picture me careening across the street onto a bike path, almost into a streetlight, almost into a wall, off the bike path, over pothole and almost flinging myself into the air at a curb. Needless to say by the time I got to real downtown traffic I thought I was going to die.

As I stubbornly continued my journey, I realized one of the big problems was that I could not reach the ground; for me to stop the bike I had to throw myself off the seat. Getting on the bike was equally complicated. After a while I began to suspect that this was the root of all of the problems.

I walked into the office red in the face, heavy at heart and shaking with fear. A few observations: mountain bikes do not steer like street bikes (or 10 speeds as we called them the last time I was on one), traffic is scarier when you can’t steer, helmets take on critical importance, and suddenly driving to work seems like a really safe option.

I laughed about it all day and told my story to anybody who asked. While it didn’t get less scary, it did lighten the burden a little. Still at the end of the day I called Dave and asked for a ride. He was in the thick of things at work and couldn’t come get me. So I decided to be brave and get back on the bike. As I headed into the basement where we keep all of our bikes, I ran into the man who does the bike orientation at the office. You remember, the bike orientation that I made fun of (for those of you who see me). I finally bent my stubborn will and begged for help with my seat. Within a minute, he had my seat dropped by about 3 to 4 inches and very kindly he said he would happily help me readjust it the next day if I needed it. With great trepidation, I wheeled my bike up from the basement and into the street. Lo and behold, changing the height of the seat change the entire experience. Now I was huffing and puffing because I was pedaling quickly and couldn’t quite figure out how to change gears on a mountain bike. Still, it was a way easier ride than my ride to work. I could finally steer, and felt like I was on a bike rather than a unicycle. Stopping at corners became much, much simpler, and peddling and looking over my shoulder became doable.

The moral of the story isn’t to stop being stubborn; God knows I’m not capable of that. It’s a reminder to ask for help when you need it. This reminder came (I’m pretty sure) courtesy of my mother in cahoots with the great beings of the universe, as this was her message to me last night. Message received! She was talking about asking for help when Dave’s not available because of work. Still, help is help. When it’s needed, take it!

I’ll be biking to work tomorrow morning. I can’t pretend I’m looking forward to it, or that I’m not a little nervous. Still, getting to work by my own power was very satisfying. The ride isn’t long and the camaraderie of the bike room comforts me when I wonder if I have other questions tomorrow. It was a great reminder of what awesome people work at my company, and of how good I have it. As for asking for help when Dave is out of town the next time – yes mom, I’ll be calling you! As Dave says,

Sometimes hard is just too hard! 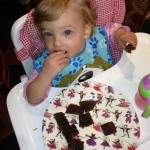 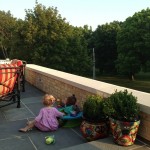 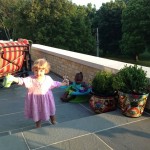