So all of our kids have been sick with this chest cold going around, including the baby. So many running noses and wet coughs! It’s been a few weeks, and the Bigs especially sounded wheezy, which is when the pediatrician told me to come in.

At the end of a frantic workday, I piled them into the car and through the almost empty clinic. Atypically, I see no meltdowns, not even an elevator button fight. They are super excited to play on the “sick kid” toys, which I usually deny them. No one gets screamy. They fought over a toy and Tess kicked Remy a little. Shocked, I told her to get her butt on the chair next to me. She complied. It was like an alternate universe. Remy was so worried about being good that he complied too! (I did threaten to take dessert away for an unspecified amount of time.)

Finally, the nurse calls us to come back and I got a small version of reality. Tess went running to the door with a big smile, but Remy stay behind and started the siren whine he is so famous for. I thought the dramatics had finally caught up to me, but that’s as far as it went.

Both of them were absolute angels from the door on. They sat there through nebulizer treatments and meeting a new doctor and nurse with smiles on their faces, even holding their arms out for hugs from the staff! And all I could think was, “Sure. They’re always this good.” Their unusually excellent behavior made me giddy, so while we waited we sang little songs and giggled our heads off. It was the most delightful doctor visit I have ever had the pleasure to experience.

Everyone kept commenting on how amazing the kids were being. As much fun as I was having, I kept waiting for a crack in the faÃ§ade. It never came! Is this the difference between a three-year-old and four-year-old? They start pulling themselves together more? Or did I just have a random bout of good fortune? I honestly don’t care, although I hope it continues.

Dave took care of the Littles and kindly got dinner ready, as we didn’t get home until seven something. The kids were all excited to tell him they didn’t cry. In Remy’s case, that was a stretch, but I was totally willing to give it to them.

Here’s my point. To that doctor and nurse, I have some of the most well behaved children they’ve ever met. But who’s to say I’m not also the mom who’s kid had a meltdown at Whole Foods and wouldn’t get off the floor, or the mom who’s kid pushed another kid on the playground?

None of us can control our children’s behavior, really. We can encourage, explain, control, threaten, bribe â€“ but that’s really responding to behavior. I got lucky. It was like winning the parenting lottery. And because of one really good magical day, two people in the world think I’m raising angels. That’s comforting, for the next time I get dirty looks for making a kid do “hands on the wall” in a public space for pulling another kid’s hair or refusing to listen. If you see one of our kids sobbing with their hands on the wall, keep in mind that they made it through a whole doctors appointment once without screaming. 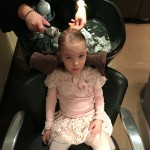 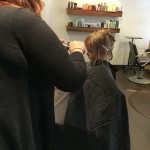 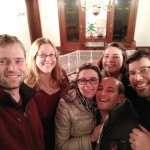 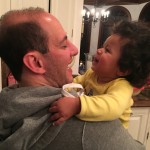 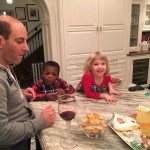 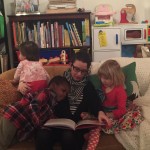 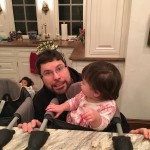 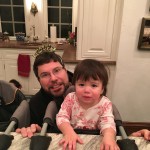 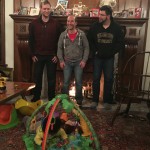 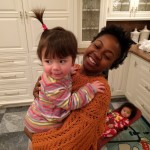 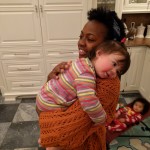 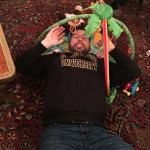 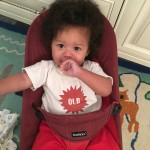 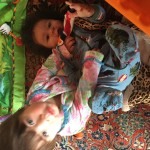 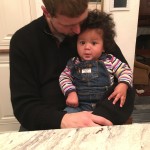 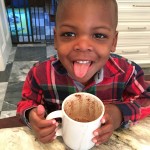 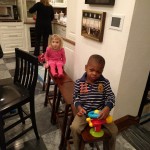 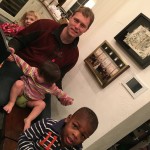 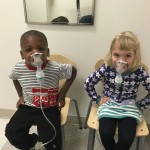 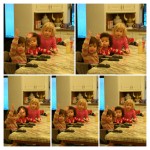 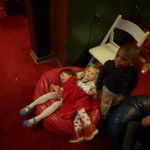 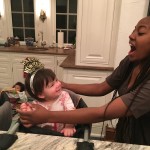 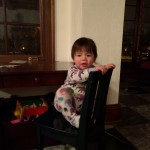 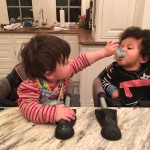 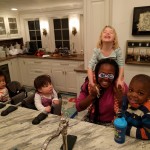 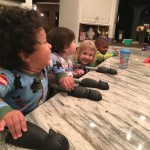 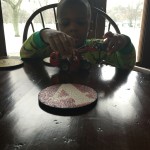 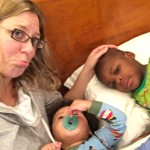 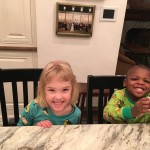 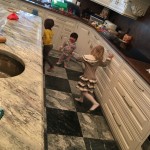