Tess rocked it out! As of Thursday, she is testing at 17 months development. They booted her from therapy. 🙂 Remy is doing fabulously too, testing at 5 months (his adjusted age). He’s staying in therapy, but it’s going to monthly appointments.

Dave and I are a bit stunned. This has become a huge part of our routine, and suddenly we’re supposed to believe we no longer need intervention. In a weird way, it parallels leaving the NICU. Considering how crazy we’re feeling at the moment, that’s totally okay with us.

To top that, Remy weighs almost as much as Tess! We saw the pediatrician Friday and the kids are sprouting like weeds – although every time we go, they sob louder after shots.

We spent today at the zoo – out first family visit! Tess has recently been making animal noises, but she thinks everything including giraffes say

Watching her face when she saw actual giraffes, elephants, and seals made the zoo one of my favorite new hangouts. She hasn’t absorbed it yet; she poker-faced most of it. Still, I could see how amazed she was when an elephant waved hello. Getting to enjoy it with our friends made it even better. We strolled and admired until Tess nodded off on Dave’s shoulders, then tucked the kids in and headed home. Having a child old enough to understand the zoo makes us feel like we graduated too, in a way.

Errands, dinner and playtime – then another weekend passed by too quickly. I remember worrying that our kids would feel cheated by having two working parents. I (at least today) feel like we’ve done right by them. Look – graduated and still learning! I feel smarter already. 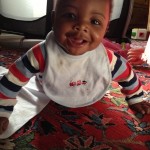 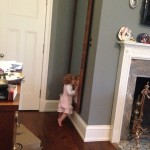 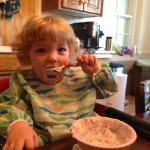 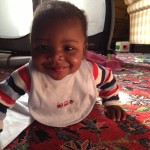 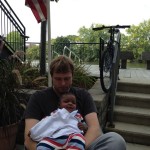 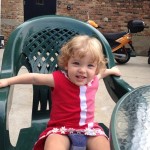 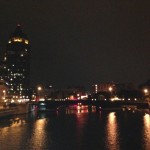 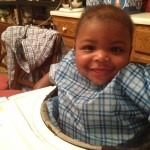 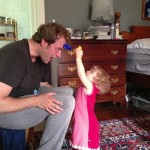 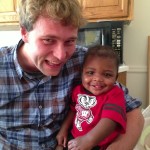 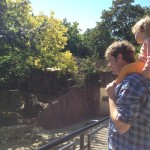 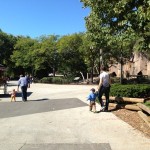 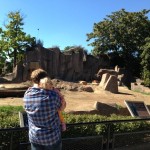 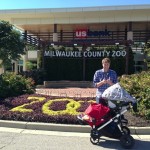 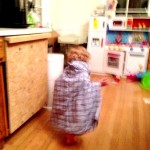 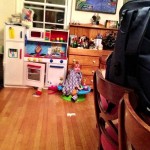 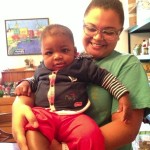