Around one year old, Tess went through a whining phase. It may have been my least favorite childhood phase. Fortunately, she eventually overcame it and we went back to life as normal: her showing us what she wanted and us saying yes or no.

Now the boy is in the whining phase. It is not coming to rapid end. We are miserable. I gave my first concert in three years, and because of the whining and crying, we didn’t bring the kids. How sad is is that?!

I suppose it’s to be expected with a couple of toddlers in the house. Fortunately, it seems to be winding down at least a little bit before the holidays.

The kids of been very cute as we started to communicate the holidays to them. Tess is a little confused as to whether Santa or Christmas tree applies to the giant green thing in the living room. Both of the kids are very clear that presents are really called “Micky and Kat”, and neither of them forgets that we get to open one present every night before bed. The advent boxes are a wild hit! In addition to that, we talk about the holy family on the Christmas pyramid. Tess loves to watch the whole thing go whirling around, and really doesn’t care a whole lot for the story oneÂ way or the other. She has figured out there’s a baby involved, which after all of the baby talk from this fall she’s finding very satisfying.

So far, our holiday vocabulary has incorporated,

The kids find this hilarious, even though neither one of them can really say it properly. They also think “ho ho ho!” is a way to ask for Christmas carols. So far, their favorite is “rum pom-pom”, or “The Little Drummer Boy”, as we know it. He’s become almost as popular as Winnie the Pooh! And that is high praise.

We ended the weekend on a high note with a dumpster decorating party. Tess is so entranced with the blinking lights every night through the front window that it’s actually become very cute to me, even though the goal was trashy white elephant dumpster! It just goes to show the kids really do see everything as being beautiful. Our Christmas cookies are made, our gifts are purchased â€“ a few more than I intended, but it’s been busy â€“ and I will say, our house feels like Christmas. 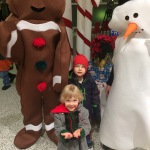 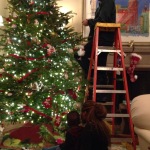 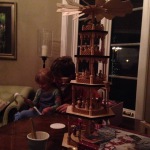 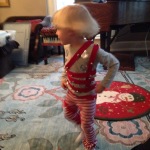 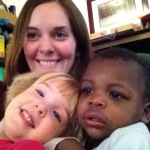 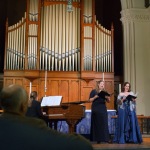 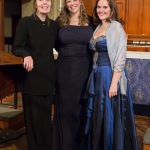 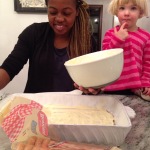 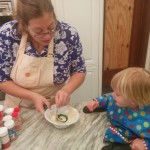 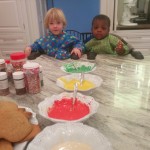 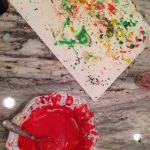 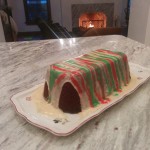 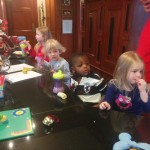 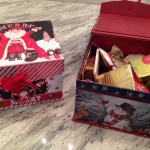 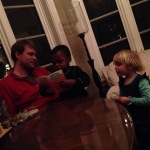 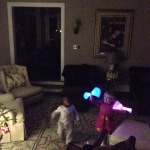 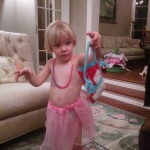 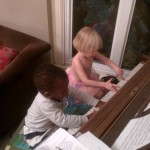 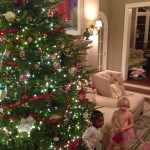 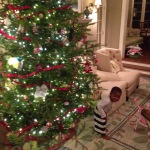 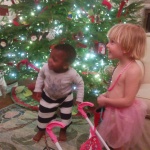 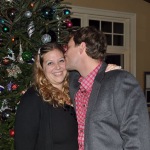 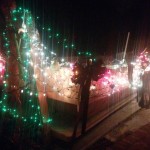