In many cases, I find the American fixation on political correctness leans towards the absurd (Handi-capable? Really?). Unfortunately, obnoxious social behavior often makes the implicated groups feel they need to constantly redefine who they are in order to be accepted. Honestly, why would someone in a wheelchair be any less of an amazing individual than someone walking next to them?! Still, not being able to use your legs is not a benefit. I have no depth perception: it’s not a gift, but it doesn’t define me. Still, I know that a sight disability on the small-scale doesn’t correlate with such a visible and life-altering scenario. Perhaps I’ll be writing shortly to say this was a terrible example.

After years of being teased in Europe and Canada for my American preoccupation with the currently vetted vocabulary, I’ve conscientiously tried to focus more on whether even mentioning something along those lines is crucial to the conversation. Imagine my surprise, delight and chagrin when I found this article.. I’m certainly not comparing adoption to a handicap; merely pointing out that the absurdity/necessity of PC language now applies to our family.

When you study up to become an adoptive parent, the coursework pretty heavily covers how NOT to talk about adoption. from early on, we had long conversations about how to balance being open with Tess and our community about her adoption against the idea of harping on her non-biological roots. When we met Kat and Spencer, it became even more complicated because we like them so much! We love to tell people about Tess’ incredible birth family, and there’s been a lot of curiosity about how all of us handled the NICU madness. Still, we worry that we’ve defined Tess as adopted by celebrating so loudly instead of walking the line of perfect balance. To me, you’d rarely discuss whether someone was born by c-section or a surrogate; but adoption is always somehow different.

An author, and I can’t remember who, responded to a friend’s comment, “I could never love a child that wasn’t biologically mine” by saying, “Of course you could. You love your husband!” People don’t often own up to it, but some feel that loving a non-biological child is somehow a philanthropic stretch of humanity. I assure you, that’s not even kind of been our experience. Dave and I are now having the most normal parenting experience in the world – which Margie pointed out yesterday and I greatly enjoyed realizing, by the way! Tess is our daughter. I wake gasping when she cries, afraid I didn’t wake up fast enough and she feels stranded in her crib. Dave has dreams that he’s fallen asleep next to her (horror) and she’s falling off the bed. He grabs frantically at my hip while I beat him off in disgruntled exhaustion. If anything, we’re extra in love with Tess because being her parents is so miraculous. Think about it: for this adoption to happen, a couple across the country had to go to the same agency we did, pick us out of hundreds of hopeful families, decide adoption would offer their already beloved child the best life they could give her, and actually make the hardest choice in the world and put her in our arms. When we were trying to conceive, the sheer statistical unlikelihood of success blew our minds. The likelihood of adopting successfully seemed downright impossible. And yet, I’m feeding our daughter as I write this.

Whether we’re politically correct or not, our goal is for Tess and everyone in her life to understand how lucky we feel every day. Adopting a child isn’t a fairy tale with a happy ending; it’s a complex relationship between families and individuals that lasts a lifetime. Those of you in long-term, dedicated relationships understand me when I say that even the best relationships thrive on elbow grease. I hate housework, but We love every part of Tess – including her birth relatives. So throw us a chamois – we’re in!

I’ve seen people mention Tess’ “mom” and then blanch, realizing they’d forgotten to say “birth mom”and wondering if I might burst into tears any second. This is a heads-up: I make the same mistake! Not because I feel like less of a mom, but because I so respect Kat’s role in our “triangle” family. All adoptive families are different, and that same mistake would really offend other moms. And who knows? When Tess the teenager yells, “You’re not my real mom!” down the hallway, it might make me mad, too! We strive to use the correct vocabulary and phrasing, but are more aware of the tone behind it. It’s hard to be upset about a word slip when we’re watching our whole community learn how to celebrate and congratulate our family. 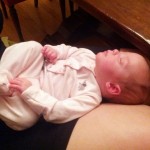 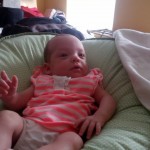 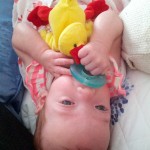 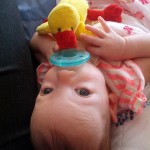 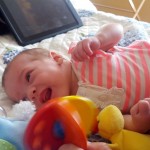