It turns out Remy is the natural leader of the kids in his class, at least at the moment. A group of boys would wait around at school until he arrived, then spring into action. With his imagination and maturity, he’d lead them through umpteen iterations of superhero games. We were startled to hear it, as he’s pretty introverted at home, but also impressed. Good for him!

Cut to a summer playground full of big kids and little kids. Remy had his heart set on swinging, and was patiently waiting his turn…while dying inside because it was taking so long. Someone finally vacated a treasured seat, and as he was grabbing the chain a big boy stole it from him. I waited to see what he’d do, this leader of boys. He marched right up to this 10-12 year old and calmly explained that the swing was his. I caught my breath. The kid blew him off and pointed at the baby swings. Remy took a breath, paused, and went back to his waiting place.

I headed over to check in. When I asked Remy if I’d read the situation correctly, he looked frustrated and hurt, letting his tough guy facade down for a second. I asked if he wanted to keep waiting there or come play with everyone else, and he chose to wait. But we talked about how rude the big kid was, and that Remy was a gentleman. I was so proud of him! And seriously could have pummeled the other kid. Parental restraint. But we won’t be there when he’s on the playground at school, and this wasn’t our normal playground, so we wouldn’t see this specific kid again. I didn’t want to dive in and save him if he could handle it, but I wanted him to know he had backup.

Dave observed this entire process, and apparently was reflecting on Remy’s “too cool for school” reputation in kindergarten. He took a minute to remind Remy of how he felt after what that kid did. Then Dave encouraged him to make sure he never made another kid feel like that. My jaw hit the floor! Talk about one upping my parenting skills. Remy looked very thoughtful, as did I.

Griff spent hours watching the big kids play in the water, but refused to get wet. He came over for a drink at one point, and while he was drinking water from one bottle, I dribbled water from the other on his head. He looked shocked, then thoughtful, then said, “encore?” (Again?) I complied, and he grinned and asked for more. We kept this up for a while, then I sent him to the water section. Total awakening! He spent an hour goofing off in there.

Both of the boys grew a few sizes that day, at least in our minds. It’s amazing to see them learn to try new things, learn to see the world differently, and take risks.

All in all, this was part of AN ENTIRE PERFECT DAY. When does that actually happen?! From dance class to naps, the park to bedtime, we had a harmonious, playful family day – no fighting, hitting, yelling, issues. Just awesomeness. I feel bad for tomorrow – it can’t live up. 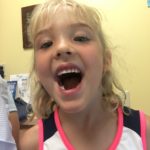 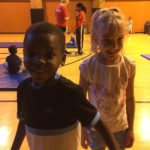 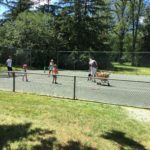 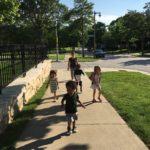 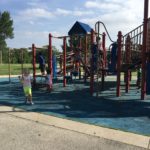 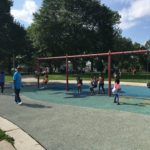 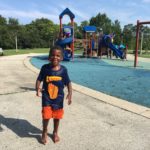 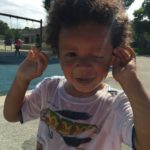 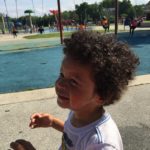 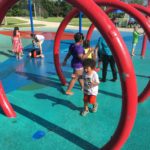 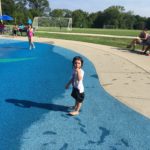 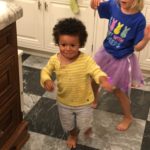 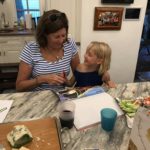 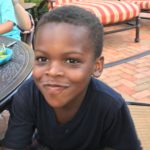 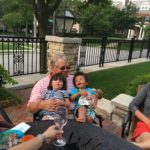 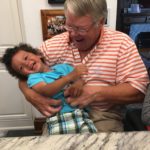 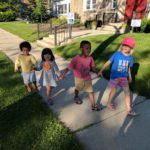 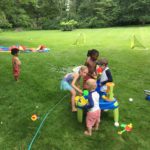 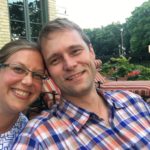