When Estelle left, Tess was bereft…for one night. We lucked out in that Sassy and Papi happened to be in town that night to distract her, followed by her birthday and the arrival of Tanti Poppins. I’m pretty sure Tess thinks Sarah Kay can make the skies rain cookies if she wished. With all of the fun, I figured she’d have bounced back pretty quickly from Estelle’s great departure.

Then Dave and I went away for a weekend. Apparently, Tess asked for us quite a bit. No biggie! The following night we went to my brother’s for dinner though, and then all hell broke loose.

Our kids are the model for sleeping in other places. We break out the pack n’ play, toss in a lovie and blanket, turn on a sound machine and give it 10-15 minutes. They’re usually out cold by then and life continues for us. Easy peasy. Last night? I’m surprised there was no rending of clothes with the wailing and gnashing of teeth. Remy was his normal hysterical self; impressive to others but not too unpredictable to us. He went down after our second visit to his bed.

We’d made the mistake of popping them in one playpen to sleep, as we weren’t staying late. Fail. Just…fail. So we scooped Tess up and let her roam the living room like a drunk bumblebee (soooo tired!) while we finished dinner. My only request was that she stay where the kids’ toys are, as the back door was open and I didn’t want her going downstairs and outside, or pawing through their kitchen. Tess would not stay put – and the tv was on, the oodles of unfamiliar toys awaited, accompanied by two giant bear pillows! No shortage of entertainment. I gave her all the leeway in the world, and then realized she was running the show. So I scooped her up and plopped her in her cousin’s crib. Hysterics ensued for approximately an hour.

The worst part wasn’t the screaming and sobbing; it was her clinging to me like she was convinced she’d never see me again when I went in to quiet her down. Tess is not even remotely clingy. She loves leg hugs so she can say hi and keep running laps; this is not a child who historically struggled with us being gone. Yet here she was choking out,

in the most terrified little voice I’ve ever heard. I held her, sang to her, and had her all calmed down…but the minute I tried to walk away, the hysterics started again. And I lost it, to be frank.

Dave and I know how to handle hysteria, and we are beyond predictable to the kids. We don’t respond to it at all. In fact, we often put them in baby jail (an empty play yard) and tell them calmly that we’re giving them a minute to calm down.

This didn’t feel the same though. She seemed genuinely upset. But I’d threatened bed, and this child would recognize a cave and repeat the behavior. She’s done it before. So I stayed, I sang, I held…and I left. Then my niece went in, and her mom went in to get her out, and she couldn’t leave. At this point, I wondered what in hell was the point of continuing this sham of a parenting attempt. Finally, Dave went in. Maybe she needed to see him to believe he hadn’t left her or maybe he’s just that good – she finally went down. All of which left me feeling like the worst mother on the planet.

We’ve worked hard to routinize our kids’ bedtimes to minimize struggle, and it works pretty well. I have no interest in a two-hour bedtime routine, and was frustrated trying to figure out whether to just leave (and I hadn’t seen my family in months, so I really didn’t want to) or try to get her back on track. Still, this progression seemed to be a long road to nowhere good.

We stayed a little while after she actually went down, and she smiled at me later as I strapped her into her car seat. She went to bed without a peep at home and slept sweetly all through the night. I get that she’s fine, but I feel like I failed her. This child, whose life started with a loss that according to experts remains psychologically felt even though we became her parents at 1 week old/birth, felt big loss recently; followed by fear of loss. How does that impact our parenting choices? How do we describe why this may be different? How do we know if it is or it isn’t? All we do know is Tess, and this was not her normal behavior at all. So I’m glum today. I feel like I chose the wrong moment to make a stand, when I could have handled it better.

On a much happier note? The kids are breaking out all sorts of neat tricks! Tess is now using sentences and new words in English and French, and Remy’s starting to copy her! He says mama, dada, Tess and banana. You know – the important stuff. He’s cutting his fourth tooth and can walk forwards and backwards as long as he’s holding an adult’s hand. Rock stars! 🙂 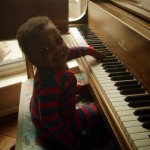 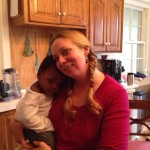 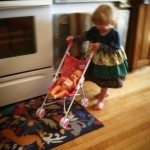 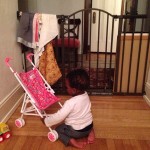 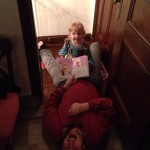 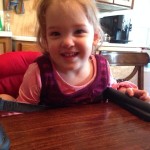 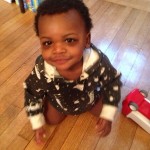 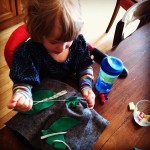 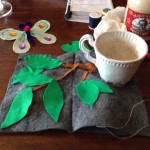 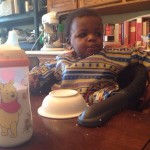 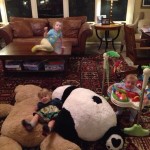 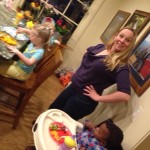 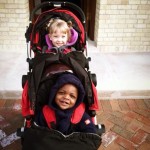 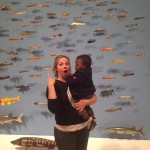 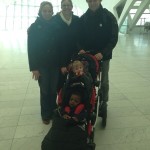 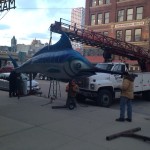 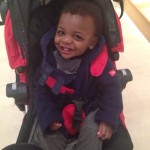 One thought on “Separation anxiety”