We’re making a great effort these days to cook at home. It’s healthier, and it also feels more welcoming to come in the door and smell something delicious cooking. The greatest benefit is seeing both of our kids so interested in cooking with us. At this point, they’llÂ cook, clean, or run little errands for us like throwing away carrot peels â€“ they just like to be part of the busyness in the kitchen.

However, we didn’t fully understand the ramifications of Ramen. What started as a simple crockpot meal turned into an extravaganza. Joy started the broth in the slow cooker this morning, and we had a lot of laughs about the obscure ingredients from all over the kitchen and all over the world. Despite that, the smell of that broth was very distracting from early afternoon on. It promised rib-sticking, gut-warming deliciousness later in the evening. That promise rang true! We just benefited from its gorgeousness much later than anticipated.

As soon as we got home, we set to work roasting the curried squash, chopping scallions, carrots, jalapeÃ±os and cilantro, and frying eggs. The meat had to be pulled out of the broth and shredded. To really make it stand out, you caramelize it in a really hot pan. In the meantime, we chopped up mushrooms and added them to the broth. A few minutes before we ate we chuckedÂ in some Ramen.

At this point, we’ve been cooking in stages for most of the day. The kids were dying to know what was in the crockpot, but they were also dying of hunger. Having learned from previous mistakes, we fed them a light meal early and explained that they could have some soup with us later if they wanted to. They didn’t seem interested at the time, but I don’t know if they understood that all of these pieces of things that they were interested in went in the soup. As we served up this amazing amalgamation of foods, Tess,Â the little gourmande, came in and demanded her own bowl. Remy followed her lead. As we all slurped our noodles inÂ blissful silence, even Tess and Remy were taken aback by the incredible depth of flavors. TessÂ even had seconds and this was her second dinner!

So maybe Ramen is a poor choice for a weeknight dinner. I’ll acceptÂ that criticism, David. However, I think kitchen experiments are just what toddlers need to keep their creative juices flowing. I’m already looking forward to leftovers tomorrow. 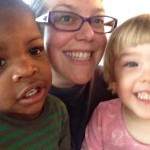 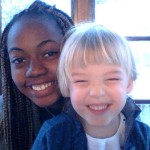 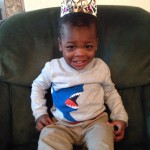 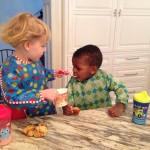 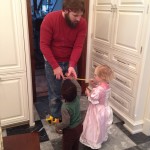 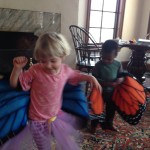 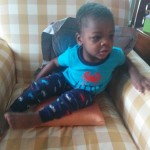 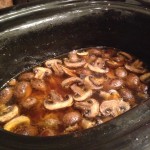 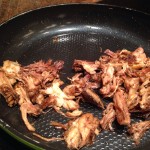 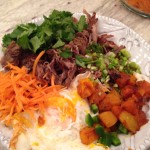 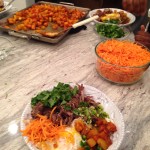 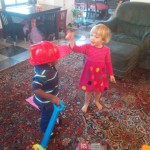 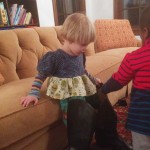 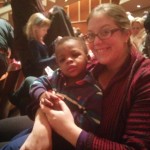 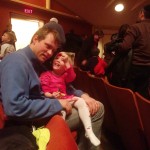 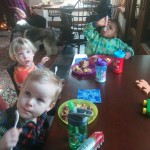 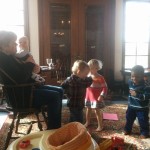 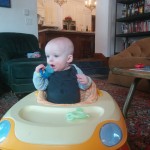 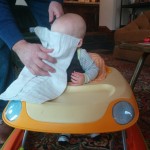 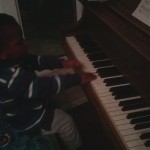