We seem to have reached a magical turning point, where suddenly our oldest kids are becoming real “kids”and our youngest are taking their place in that strong-willed toddler way.

Griffin has taken to opening doors to the outside and deciding whether to go on a jaunt by himself, the way Tess used to. Lilou yells for me, the way Remy used to, to protect her brother. Remy came down by himself the other day after naptime, which doesn’t sound unusual. But contextually, this boy has never left his bed without us going up to get him. Ever. We go get him every morning and after every nap, even if it’s just to tell him he can get down and play in his room. And when I took Tess’ hand the other day, I realized she had calluses! Calluses from mastering every monkey bar range within sight.

Dave let me sleep in until 7:30 today, and somehow had a cup of hot coffee next to my bed while he wrangled kids downstairs. (It turns out Tess is now part of operation: “Caffeinate Maggey”.) Back in the day, this was one of his sweetest gestures. He always made sure there was caffeine right by me in the mornings, and it’s just one of the many kind gestures he made to that told me I had fallen in love with my version of prince charming. (Let’s be serious â€“ almost everyone’s version of prince charming! Dave, don’t get a big head.) This morning, it felt like a sign that life is slowing down just a little.

For the last two years, it’s been “all hands on deck!” All the time. Lilou and Griff are both very physical kids, and have little fear about trying new things. That means a constant need to levitate across the room to stop them from opening the running dishwasher or grab a hand before one of them walks out the door. When we’re out and about, that means we couldn’t trust them to stay close, the way their older brother and sister do.

It seems like the minute Griff turned two, they grew up a little bit more. Suddenly, Griff is drinking from a normal cup and can eat off of a china plate with the bigger fork. They can all behave in a restaurant, and say please and thank you. They are understanding the social intricacies of apologizing if you hurt somebody or didn’t play nicely. More importantly, they are being safer when we are out and about. One person can take everyone to the park with Leroy, and with a fair amount of forethought get everyone home without too much complication. To be honest, going anywhere with a six-month-old Bernadoodle requires forethought!

To top this off, Tess and Remy both just gave up napping. I remember when they gave up their morning nap, with a shudder. It was not an easy transition. This has been ridiculous! It’s the easiest transition we’ve ever had. They have been charming in the afternoon, and helpful, so we are getting even more work done then before during the golden nap window!

Everyone has settled down and realized how delightful Marion is. The kids are hugging her and treating her with respect instead of protesting Elise’s departure by being nasty to Marion. Remy said she’s his best friend.

And Griff, sweet little Griff, is suddenly growing up. His winsome smile and flirty attitude with any woman in the world, his full face crinkling laugh, and the games he plays whenever he can (from peekaboo to keep away), haven’t changed. He still yells for a drink instead of asking, and wants to snuggle all the time. But something is different. He understands more, and responds better. He is suddenly interested in doing with the big kids are doing, and pays more attention to their games. He’s more interested in the stories we read at night, and has started singing along to some of our songs â€“ in the most outrageously out of tune voice I have ever heard, but singing nonetheless. It’s a joy to watch all of our kids get older, but watching this transition has been remarkably poignant.

So we have decided this will be a summer to revel: in sunny days at the pool, in picnics in the park during concerts, and and grilling out on the deck with friends. We want to spend tons of time as a family doing all of the summer things we couldn’t do last year because our hands were so full. So if you’re looking for us, check the train at the zoo, the kids throwing a ball at the beer garden, and the block party. Look for us at every fireworks display in town, and don’t forget the kite festival! We will be dining on restaurant patios and at family dinners at Sassy and Poppy’s. And most of all, we will be together. 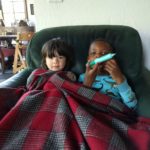 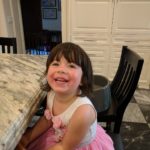 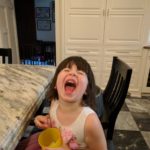 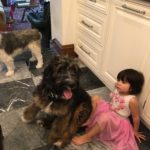 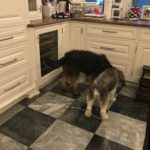 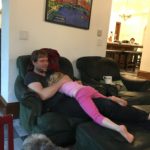 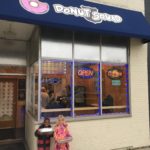 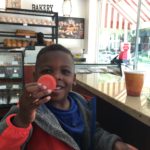 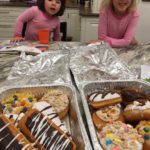 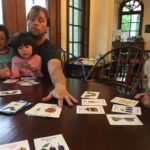 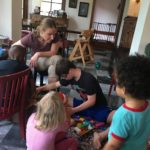 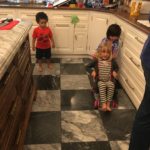 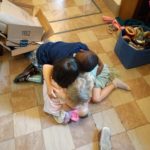 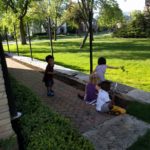 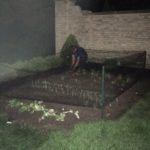 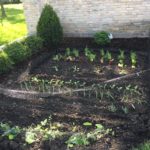 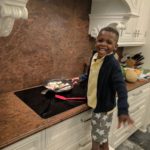 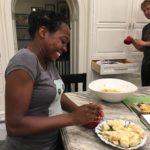 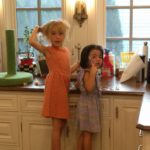 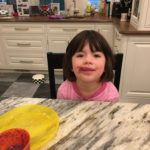 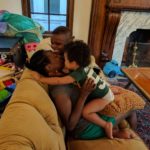