Beijing and Shanghai feel different from the minute the plane touches down. Shanghai is modern and glitzy and vast – the only commonality it has with the Beijing airport, which continues to the horizon in each direction. Apparently, terminal 3 is the 5th biggest building in the world. The culture shock I expected upon landing in China didn’t strike until Beijing; the crowds of people, illegible (yet beautiful) characters everywhere that don’t tell me a thing, and very little English spoken even in the airport. The differences continued on the drive into town. Where Shanghai starts pretty close to the edge of the airport, trees line the highway between Beijing and its airport. Colin pointed out the coolest tollgate I’ve ever seen; it looked like the entry arch to a palace more than a marker for where to drop a quarter.

The service in China overall is incredible. Despite the complete language barrier, I’ve felt welcome and safe everywhere we’ve gone. I’ve also been terrified by the sheer quantity of shopping malls. Sheesh! As Colin and I both buy everything on amazon, we are gratefully sidestepping these dens of Christmas (that’s right!) and Halloween (seriously – skeletons and Santa) for aquariums, museums and tours.

On the homefront, Nugget was an eating MACHINE today! Â You would think that she was being starved! Tess also had a fit when I tried to feed her squash again today. Â We will have to keep working on it. Â Maggey was jokingly worried that I would forget to feed myself while she was gone, so she asked some friends to check in on me. Â Jason and Carrie came and played spit the squash at Daddy for the evening. Â It was really fun! 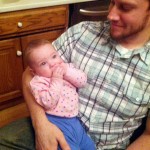 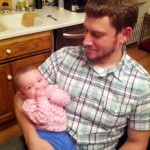 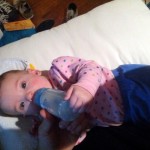 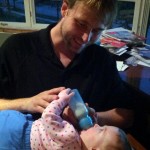 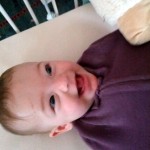 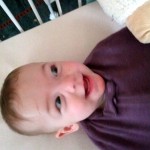 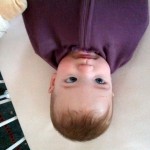 2 thoughts on “On to Beijing”