Apparently, Tess has decided it’s time to put us in training for baby Deuce. She woke up around 6 times last night, wailing like the devil is after her. The best was right as we turned out our lights to sleep. One second after dark descended, the siren started. Ack. To be honest, dear readers, I did not even attempt to move.

The rest of the day went better. Dave called the NICU in Florida just to touch base, and they said if Deuce makes it to week 34 and is big enough, he may not even go to the NICU! The thought of being in a maternity ward for two days and then leaving the hospital blows my mind. Fingers, legs and toes crossed. For now, clear skies – no change.

I remember the late-term preemie who moved into the room next to ours in salt lake. Their experience was so different from ours. They always had visitors, which freaked me out because we had to be so careful with Tess! And it always seemed way more relaxed in their room – of course it was! I think he had jaundice or something simple. I can’t imagine being the parents in that room.

Speaking of rooms, that was the bad news: this NICU is one long room with curtained-off compartments for each baby. Sigh. We had it so good! Our primary nurses stalked a private room for us in SLC – sly, sweet, awesome Denise and Karyn. 🙂

On the Tess front, I happened to mention at work today that she’s 19 pounds, and a coworker who had a huge baby just after Tess jumped up in shock to tell me Tess has now surpassed him in size! I’m still glowing. 🙂 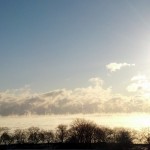 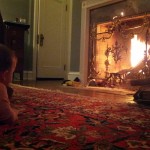 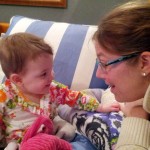 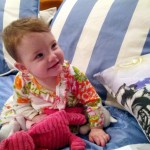 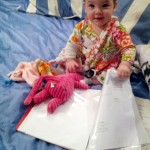