We’ve been so frustrated by all of Tess’ screaming. After all, where did our fabulous little traveler go, that sweet-faced kiddo who charmed all the locals in Florence and won over the staff in a fancy French hotel? Why on earth would she start acting like this, making us crazy???

This morning it occurred to me that Tess’ whole world shifted since that trip. Since birth, she’s been surrounded by adults who care about her: nurses, therapists, nannies, birth family, our families and friends, acquaintances who cheered us on during her early challenges. She has not been surrounded by children, as she couldn’t really hang out with them until recently. Then, out of nowhere, we bring one home – and it looks like he’s going to stay. Those parents/nannies/grandparents are now focusing on two, and as Tess is older we’re more likely to put her down to comfort Remy. Besides, before he joined the family she sought more and more independence every day. It never occurred to us to give her less now.

As I thought back over the last few weeks, I realized she isn’t screaming when we’re holding her. Even if we’re doing something else, at this stage in her big sisterhood and development (serious separation anxiety ramping up), she needs reassurance that she’s still loved – this is way beyond just wanting more of our attention.

So I changed course today, concentrating on involving Tess in everything I was doing rather than putting her down to get something done. It was inconvenient at times, and everything took longer, but the reduction in screaming was downright miraculous. Within hours, our cheerful daughter was back, giggling and leaning into me. Our poor daughter just needed some snuggles! Facepalm.

I know I was stubborn and hard to guide as a kid. Hell, I’m still stubborn and hard to guide as an adult! Part of me saw the screaming as part of Tess learning to respect “no” – or not learning to respect “no”. In hindsight, I feel like a jerk. Bygones are bygones however, and she has a short memory. So we spent today, my last Friday on leave, together. Whether climbing stairs or giving Remy a bottle, Tess and I were a team. I can only hope she enjoyed it as much as I did and it made up for my (stubborn) lack of understanding as she did her best to communicate the only way she knows how: loudly.

Our reward for today? Tess stood, unsupported! And we found an amazing new French Canadian nanny for the fall, when one of our nannies moves to France. Let the weekend begin! 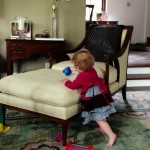 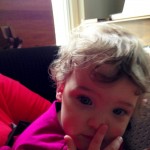 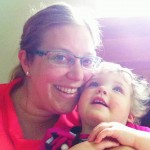 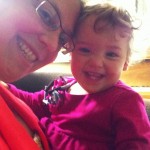 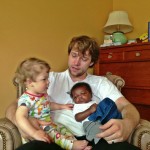 2 thoughts on “Needs and Wants”