We realized yesterday that we never discussed our pre-birth adoption experience. The waiting involved is so nerve-racking, I didn’t think I could stand to share it with others. We’re going to try to rewind and walk you through it from inexperienced eyes.

We were pregnant for a New York minute a half a dozen times, and know the feeling of carrying that hope of a little person around, unable to step away from that joy/fear for a minute. In some ways, it reminds me of being a singer: you can’t ever put our voice down either. Biological moms get to experience that presence for nine months, with all of the associated back pain, indigestion, hiccoughs, kicking and wiggling – in other words, the good and the bad. As the pregnancy progresses, the likelihood of a healthy pregnancy increases. After the birth, there’s usually only joy and the residual discomfort from having pushed a giant head through a tiny hole – something which both amazes and horrifies me, especially as I’ll likely never experience it myself. Keep in mind, I’m only talking pregnancy, as the exhaustion and elation of a newborn apply to bio and adopting parents equally.

As adoptive parents with a very early match (at 12 weeks this time), we get no such assurances or reminders. As the pregnancy progresses, so does the birth mom’s emotional state. Our likelihood of a successful adoption is as dependent upon the birthmom as it is the health of the baby. In fact, she can agree to the adoption and change her mind at any time before the birth and for a while after, depending on what state she’s in. For example, Utah and Florida sever parental rights at the signing as long as it’s 2 days after birth with no revocation, meaning once the papers are signed the transfer of custody is final excluding duress or fraud. (I find severing to be a horrid term for saying goodbye. It’s so graphic and probably comparable to what it feels like for the birth family, but it’s awful.) Other states work differently, and have a longer window before papers can be signed or a revocation period after during which the birth parents can change their minds. (To be honest, that terrifies me, and I’m relieved Florida doesn’t work that way. I’d rather the birthmom take her time and make sure she’s comfortable with her decision before signing than place the baby with us and take him or her back later.)

While some supportive friends find the uncertainty frustrating (as they watch me spin like a top), remember that it’s a baby we’re talking about. All of my pre-Tess planning went up in smoke the first minute I laid eyes on that dollar bill with legs and the prettiest eyes in the world. I really struggled with my changing priorities, finally deciding she needed me a little more at home at the expense of my ambitious career plans. Never saw that coming (Dave totally did.). Now imagine that you have this plan to let some other family parent your child for whatever reason. Could you honestly be sure of your decision until that child came into the world and that moment of goodbye arrived? You may be absolutely 100% convinced…and then not be able to follow through with it.

I think most disruptions play out that way; not as scams or out of cruelty, but out of love. Someone will always find a way to play the system, and there are plenty of scammers out there – I’m just saying I don’t think it’s anywhere near as frequent as people think. So disruption = adoptive parents’ heartbreak, but isn’t a horrible thing; just hard. As the weeks go by and we get closer to Baby 2 coming home, our joy and worry grow in equal measure – because you just never know what will happen in this crazy world.

Good agencies help, and have lower disruption rates. This correlates with available counseling, birthmom support, handholding and respect for a woman going through a monumental life crisis. I beg all potential adoptive parents to ask agencies you’re considering about how they support their moms. By working with agencies who help these moms, we support a healthier adoption process that leaves all parties in a stronger place. Our current agency offers counseling, scholarships, guidance, accompanies/drives birthmoms to medical appointments, and most importantly, has caring employees. One of the social workers spent the whole day making sure K’s daughter had a fun day while her mom focused on the adoption stuff, down to trying to find her a Santa train ride. Adoption is hard enough; the more people with heart, the better. We got to hang out with K and K2 a little more our last day in Florida. So fun to get to know them better, and such a relief!

So…we wait. 22 weeks in and counting! K feels great, though also like the punching bag at the gym since this boy is a kicker. Dave and I are picking out names for a little man, the first Oplinger boy of this generation. (Tess’ cousins are Hulls.) Tess is growing, and is on her way to being a big sister. I’m shopping for a bigger car and another crib. We don’t have a baby bump, so only the people we choose to tell know we’re expecting. That’s a bit odd, but lets us relive the joy of telling over and over again. And that pre-baby excitement is now in full force. 🙂 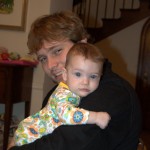 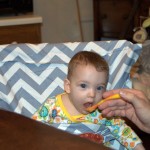 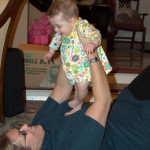 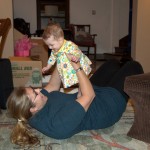 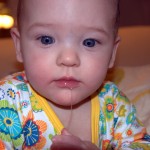 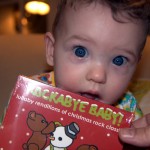 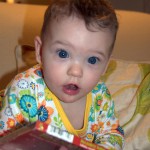 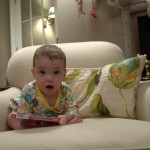 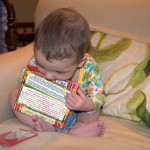 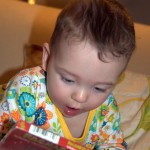 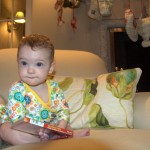 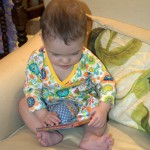 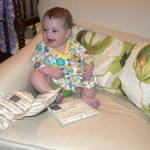 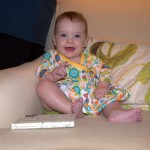 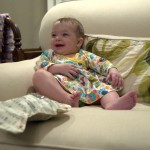 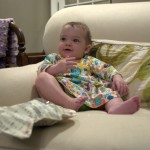 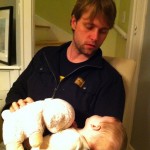 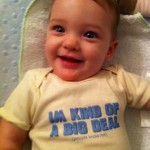 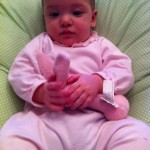 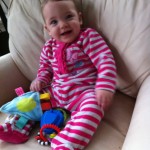 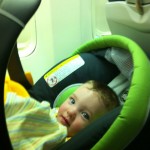 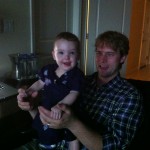 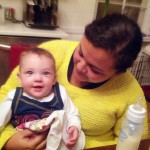 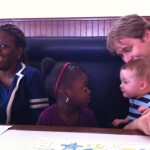 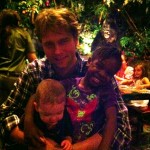 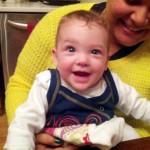 One thought on “Incoming!”