We sprang our little surprise on the world and have referenced our growing family in the last few posts, but I figure it’s time for an update.

We’re officially in the third trimester! K’s pregnancy is progressing well – so we’ll they keep adjusting her due date. We’re now hearing March 28. As excited as we are to bring a second child into our family, I am personally rooting for the Irish twins references to stay a joke. Here’s hoping. Other than that, we know he’s big and he’s healthy! He loves to kick and wriggle, so we’re preparing for an active little guy.

What’s even cooler is how much we’re getting to communicate with K and K2. We text regularly and share kid stories. We sent them Christmas presents that we actually knew they’d like (girlie art stuff and a camera), and were laughing with K when she informed us her apartment and car are now covered with princesses and fairy stickers. She keeps us in the loop on medical stuff and cravings and such, and we provide a little moral support for this incredible young mom.

Starting off in a new match was scary, as we clicked so easily with Kat and Spencer – and got to do almost all of that connecting in person. As we get to know K, that fear recedes. She’s just as cool, a little more private and has less support – but none of that impacts the relationship we’re building. What it comes down to is trust: we trust she’s confident in her decision and is taking care of herself, and she trusts that we will cherish this child and raise him the way he deserves to be raised, telling him from day one how awesome his birth mom is. We get doctor’s notes and she gets a homestudy, but no piece of paper tells the whole story.

We’re now at a point where we feel like casual friends, which I think is good. She’s even going to let K2 stay with Dave’s parents while she’s in the hospital! They’re coming to take care of Tess for those first few days, and were kind enough to take on another little girl whose mom needs a hand. We’re pretty psyched about that. We don’t know how open of an adoption this will be after the baby is born, so we’re trying to get to know them as well as possible in the meantime. And let me tell you – K2 is super sweet when it comes to Tess! I have a feeling Rose and Dan will have a fun-filled and exhausting few days. 🙂

We’ve done pretty well at remaining calm and patient, but as we celebrate the new year I’ve realized I’m over it – I am one excited expecting mom! It’s not that I’m in a hurry (stay in there, kiddo!), but I am fully excited. We knew having a baby would be overwhelmingly different from life as DINKs (dual income no kids), but it’s as exhilarating as I’d always dreamed. As parents in our 30s, we were ready for exhaustion and work, and honestly weren’t sure how things would feel. Now, we know just how much we love being Tess’ parents, so I’m allowing myself to get all riled up with excitement for our son to arrive. Now if only we could pick a name… 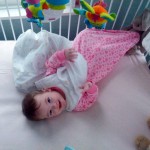 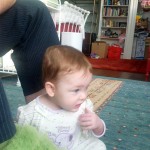 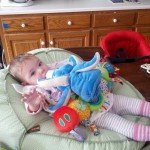 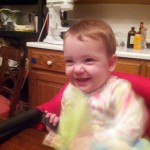 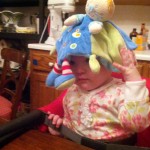 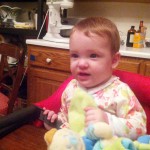