The babies are ganging up on us. Yesterday they both howled like monkeys all day, exhausted but not sleeping – and with

according to the pediatrician. Sigh. That’s on top of therapy, where Tess did so well they added a new challenge: bouncing on a half-filled mattress. Lets just say she went from rolling in the barrel (one direction happily, the other direction not without serious complaint) to swinging in a baby hammock where she relaxed completely, followed by screaming and clinging to the therapist like a koala on a tree. We could not calm her down, and I ended up rocking her and singing to her trying to get her back from crazy freaked. We love our therapists; Lori flatly stated,

We’ll just add that to the goal list, shall we?

Lexie got me through the afternoon, putting up with the howling and laughing through the worst of it while distracting Tess. I’m bummed she’s leaving now! Off to San Francisco for her next travel nurse job. I was at my wits’ end after she left until mom came over. She held Tess and blew on her neck (who comes up with this stuff?!), and suddenly the banshee was quietly playing with mom’s necklace and chomping on a Popsicle. Serious gratitude, people! She snuggled Remy into submission before shooting out for the night, so I was a happier mommy before we even got out the door for dinner with friends!

It’s been a rough week, so we’re hoping the worst of the colic and teething will wrap up in the next few days. Until then, Popsicles and neck blowing are our new go-to techniques. (Especially since mom showed up and saved me again tonight with the same technique. Yay Sassy!) Huh. 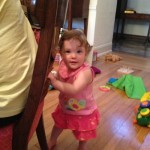 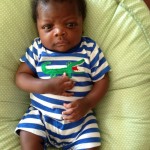 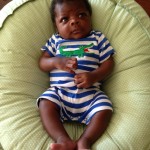 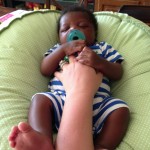 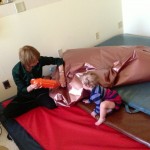 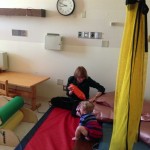 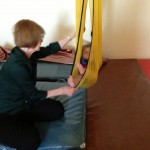 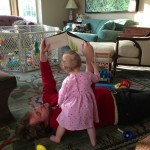 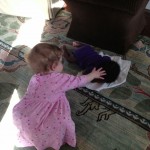 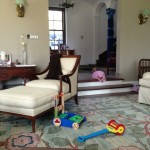 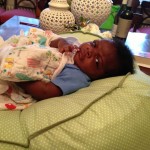 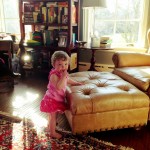 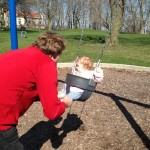 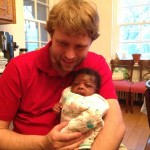 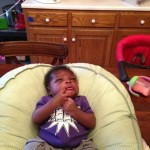 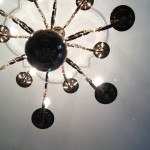 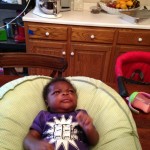 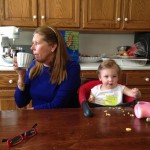