Apparently the only thing worse than your kid coming down with a strange and life-threatening infection is the recovery window when said child is a toddler. Ever since we got home, Tess has been a crabbier, crazier version of herself – complete with a fever of 101-103F. For two days, we hung in there: no eating or drinking, no sleeping longer than an hour and a half at any time of day or night, and wet noodle Tess who only wanted to snuggle (very out of character!) This morning she looked at me, glassy-eyed, and threw up on the counter. She didn’t even react. So to the doctor we went!

I honestly expected to be gently blown off. It’s flu season, she reacted well on advil, kids bounce back, etc. not the reaction we got! Something I’d considered random – her very swollen, pink eyes – was apparently an indicator of peri-orbital cellulitis that stemmed from her sinus infection. (That’s all I got – I’m not a doctor.) The doctor seemed worried, and didn’t seem worried over our 5 pound 3-month year old or anything else we’ve thrown her way ever. Her reaction made me worry! Tess ended up getting turbo antibiotics shot into her legs, along with a numbing agent since the shots are viscous and hurt like hell. She screamed my name while I held her down on the table, which almost made me cry.

After the shots, you have to wait in case of allergic reaction. Tess begged to get in her stroller, zipped herself into the winter liner, and pulled the sunshade down so she was completely hidden. If it wasn’t such a blatant attempt to disappear in pain, it would’ve made me howl with laughter. We left with instructions to bolt for Children’s Emergency if her swelling continued.

This visit went from routine to terrifying very quickly, which reinforced the need to see a doctor I trust no matter what I think is happening. Thank god for our awesome pediatrician! (Who actually wrote,

in Tess’ permanent record. Sorry kiddo – you earned it!

We came home shellshocked. I actually watched her sleep for the afternoon, worried she’d have a reaction to the super drug, or that she wouldn’t and we’d have to bolt for the ER.

She woke up limp, in severe pain. We reverted to the super snuggle position, watching Winnie the Pooh in our bed. Sassy brought her a sequin-covered princess dress and new shoes, which would normally inspire different screaming. No response. She did eat dinner though, and then the actual recovery started. Suddenly, wet noodle became “I’m too tired and hurt to move, but I want that book over there! Carry me!” Whining, screaming, NO snuggles allowed! We know this is a huge improvement, but for the parents who spent two nights not sleeping in a short bed followed by two nights of bolting down the hall to respond to full-on screaming, it hurt.

Tess’ eyes seem less swollen, and she’s asleep right now. Tomorrow we go back to the doctor for more antibiotics, and I anticipate an excruciatingly screamy, miserable Tess for the next day or so. I’d scream too if it felt like my head was crushing my brain and face! I don’t care; I’m just so, so relieved that we caught this.

Dave and I ended the day with a conversation about how completely devastated we would be if we lost each other or one of our kiddos. The depths of live that you plunge into with parenthood are seriously scary. I suspect that’s where the drive to be good parents comes from – the deep well of primal, fierce love for these babes. Parents for the win this week!

Follow up:
Tess narrowly avoided a hospital stay and then another round of nasty super-charged shots. She’s on the mend! We are so grateful it’s a close call. Scary! She’s got 17 days of more turbo antibiotics and then we can put this behind us. 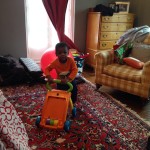 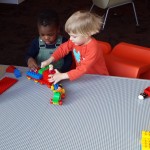 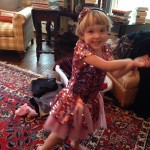 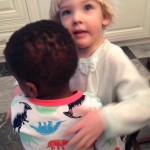 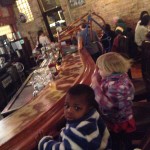