When I was 8 or so, I started a book of rules for my grown-up self. Adults seemed to be wildly forgetful about their experiences as a kid (what?! So I was a little dramatic!), and I wanted to be more “fair”. I’m not, for the record. But it’s intentional.

I’m big on structure, and as a kid that meant all kids should have the exact same rules and consequences. To be honest, I thought my parents were too busy with all of us to remember what they did with each kid. Ah, what an ass I was.

I slipped into the “same rules and consequences” mentality this week, and found myself trying to parent Tess and Remy the same way when getting them in and out of school. Care to guess how that ended?

It was atrocious. Dave and I called an emergency meeting of the minds after calling our parents, who seem SO MUCH SMARTER THAN US NOW. As we talked through the school arrival/departure scenario, we realized how dumb we were being.

Tess and Remy are polar opposites. When she’s mad or frustrated, Tess wants you to leave her be. She responds well to choices, with consequences. And if we let her think long enough, she makes pretty good ones. If she blows her top, we have to let it run its course.

Remy wants snuggles and whispers in his ear when he starts to lose it. He can outlast sand in a standoff, still as a statue. Choices can be presented and will be ignored. Consequences don’t matter until they’ve arrived, and then he’s devastated. So the key with him is to bring him close and sweet talk him before he gets mad.

We switched up our game, and customized our approach. Magically, our school issues dissolved. Add some storytelling that starts in the building and ends in the car, and you get yourself a smug momma and good behavior.

As the littles grow, so does our respect for our parents. They made juggling lots of kids look so doable! And I suspect with practice, we’ll get the hang of it. Still, I’m rolling my eyes at myself a lot these days.

It’s been funny to hear Tess already talking about when she’s a mom and Remy’s a dad. What’s she going to remember about our parenting? What phrase will come out of her mouth and make her roll her eyes? Will she call me for advice and venting the way I call my mom? Will she think we’re geniuses or idiots? Too harsh or too lenient? She’s old enough to start creating memories that will last into adulthood, and the more I think about that the weirder it feels.

At teacher conferences, Tess’ teacher called her sparkly. Remy’s couldn’t get over his knack for picking up musical tunes. She’s a young spirit; he’s an old soul. Both commented on their adorable habit of stopping in passing lines to hug and kiss each other, or doing call and response on opposite sides of the street. No matter what we’re doing wrong in a given day, hearing those stories make us immensely proud of them, the loving opposites. 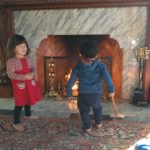 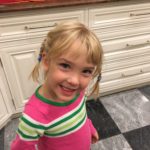 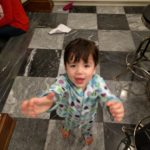 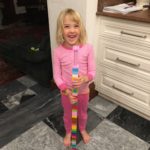 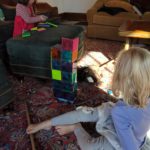 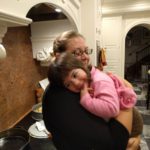 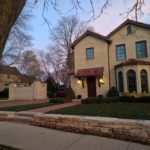 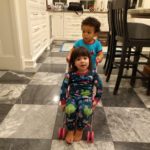 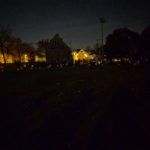 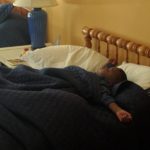 One thought on “Family rules and how to parent different people”