As I watched Tess this morning, I suddenly understood what a lot of parents of kids with issues have told me: I don’t see delays or small stature, pinching versus grabbing or tiptoe standing. I’m aware of these things, but I see an 18-pound baby making incredible progress; a micro preemie who’s growing like a weed; a healthy child with statistic-defying healthy eyes, heart and lungs. Most importantly, I see the sweetest smile in the world and incredibly beautiful eyes that light up when she sees me. I see a personality, character and a temper. I see stubbornness, curiosity and communication. I see the most amazing little being in the world, and marvel not only at how far she’s come but at the fact that she’s ours.

Getting caught up in the daily grind and in the drain of another NICU scare can mask the joy and exhilaration of being Tess’ parent, but never for long. When she looks at me, the wave of love I feel for her takes my breath away. As we hit week 33 for baby deuce, the panic is starting to subside (a little), and I’m trying to focus on what it will feel like to have so much love for two little humans. I keep hearing that giant, heart-explosion feeling just multiplies, which awes and amazes me.

As we packed yesterday, we pulled out the double stroller for real. It’s sitting in the front hall right now, and passing it makes me pause. Right now, I see Tess’ car seat and an empty seat, a convenient place to store carry-on luggage if we had to make a mad-dash airport run – but I know it’s not empty for long. Seeing Tess graduate to a bigger seat and knowing a new little person will be snuggled into her carseat blows my mind.

We’re ready – all the way ready. I’ve been feeling guilty over the giddy anticipation over meeting our son, as meeting him early means he has more health risks and that stinks. But my anticipation isn’t for an early arrival; it’s for the arrival. I therefore banish guilt and relinquish control – at least for the next five minutes or so. Baby deuce is not here – holding steady! 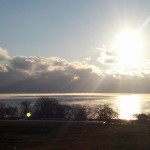 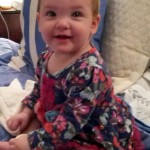 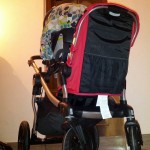 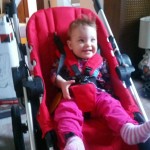 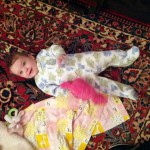 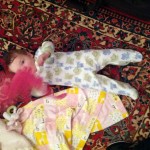 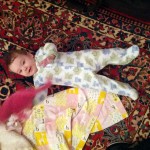 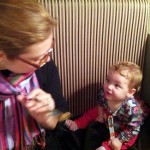 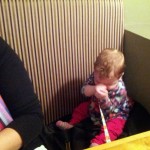 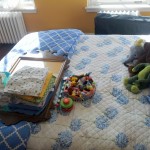