We made it to stage 4!!!! Woo hoo! The night shift part is hard, because we’re not there at 3 and 6 am so someone else holds the key to our fate. We had a great nurse last night though who did an even greater job of getting her to eat. Now we just need to see how she does on eating 100% from the bottle but when she wants. She was starving this morning and downed 25% extra. A delightfully good sign that means nothing. Lol!

8 PM
What a whirlwind day. Tess made it through her first 12 hours on 100% bottle feeding, even taking a little bit over the required amount. We have the same awesome night nurse, which we’re quite pleased about. She’s working the next 2 nights, and we’re hoping she stays on Tess! Pretty sure she would have made the primary list if we’d met her sooner – and that’s a compliment of the highest order.

Tess is snuggly and gassy, her usual self in other words. Her afternoon was patchy enough to make me nervous, but historically she eats well one of those 2 times, so it wasn’t a surprise that she got all snacky. Still, when I smiled at her today she smiled back. This happened more than once, and tells me she’s starting to get the hang of this face stuff.

Dave and I went to a movie and Kat and Spencer took the 6pm cares. Now we’re back for one more feeding and then we go home to sleep. Sleeping right now is a little challenging, and I wake up desperate to know if she ate or if we’re starting from scratch. She’s in good hands, but still. So fingers crossed! We’re aiming for departure early next week. 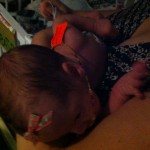 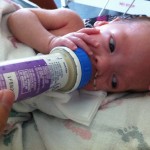 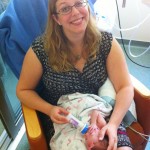 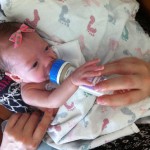 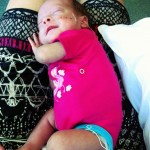 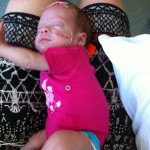 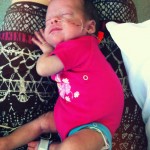 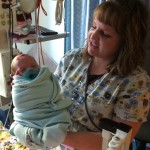 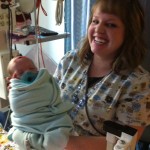