We ended last night with a great nurse who made us feel more included in Tess’ care. Even better, the nurse was managing 2 babies – meaning Tess is doing well enough she doesn’t require 1-1.

This hospital really keeps surpassing our expectations. We actually had a doctor talk to us for an entire hour; the nurse practitioners make a point of touching base with us at least once a day (and to be honest, there’s little to report – go baby!); and almost everyone from the receptionists to the attendings treat us with respect and patience. Even the buildings are easy to figure out! They number them in big font on the outside, so it’s easy to see where you’re going.

As tired as the hospital routine makes us, we feel so lucky that Tess isn’t making waves. She did lose quite a bit of weight yesterday, but we’re hoping that’s from actually digesting. Apparently, she’s pretty active at night and likes to keep the nurse hopping. Active is good in our book! So’s loud – that’s how the nurse described her. 🙂

I need to clarify, for my NICU mom buddies, that the nurse yesterday was competent – just not inclusive. I don’t mind students if they’re supervised properly and aren’t doing anything death-defying. This nurse had the poor student cowed too. Still, i really appreciate the advice amd commiseration. We were rewarded with two awesome nurses today, one of whom agreed to be a primary nurse. We found a nerd in the NICU! Talked comics amid diapers – felt good. 🙂

Tess had an excellent day. They took out her umbilical central line, so now she’s only on an IV in her leg. I thought this was great as it lowered her risk of infection; I didn’t realize it also meant I GOT TO HOLD HER! This morning, a message directed me to give her a kiss for Sue. It made me tear up, since she’s really only accessible by hand thought the isolette holes. Well, kiss delivered! We snuggled for over an hour, even though they thought she’d only be able to handle half an hour or so. The birth parents were visiting, so all four of us were in shock. We didn’t think this would happen for weeks! Then she gained back half of her weight loss from yesterday. She’s tolerating food well, they’re lowering her oxygen every day (1.5 L today), and she squalls a lot. All in all, pretty awesome.

I’m still fighting the IT universe for access to work, which is frustrating. We’re also failing at finding usable wifi near the hospital. I’ve missed two care sessions while trying to sort this out, so I can actually do the work I should have time for! A bit of a bummer that in today’s techy world we can still be so out of touch. If we could get those sorted out, I think we’d be pretty set. Other than that so far, so good on the Utah front! 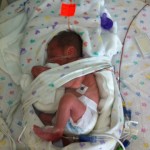 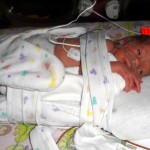 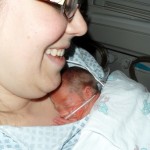 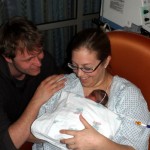 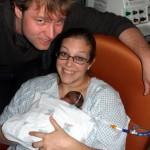 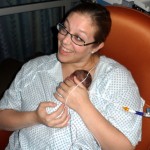 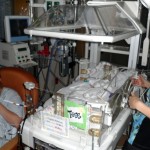 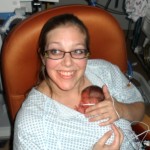 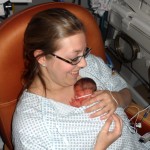 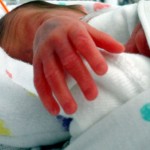 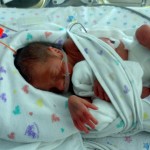 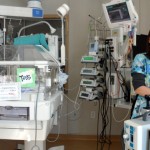 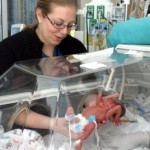 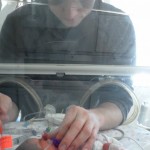 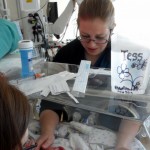 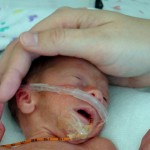 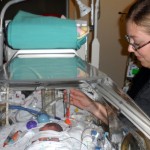 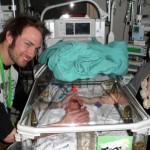