Dave woke up with a tickle in his throat. Its probably from snoring and sleeping with his mouth open, but you never know. He thinks he’s fine, but he’s staying out of the NICU til he’s sure. I thought I’d be happy to have the the baby all to myself, but I’m just worried. If he gets sick, I’ll probably get sick. Miserable for us and Tess! Here’s hoping he feels fine tomorrow.

Tess is bottle feeding! She took over half her feeding on her first try, and sucked so well she deflated the nipple. The nurse and development specialist were as excited as I was! She didn’t spill, didn’t forget to breathe, and only desatted once. Woo hoo! Then she did it again at 9pm – except this time she took her whole feed by bottle and burped before passing out. Breathing, sucking, swallowing in sync – except when she tried to suck on the ghost bottle while the actual bottle was getting a refill. She even held it together when mom was waving and talking to her mid-meal! This is after asking a nurse how I was doing as a mom! Lol. Love it – I passed with flying colors.

They also switched Tess from the acute to the convalescence service. Her new doctor is the one who delivered her – and doesn’t remember much, since he referred to my pregnancy. Lol! Still, he seemed very nice and genuinely happy Tess is back in his care. Who wouldn’t be?!

We took mom, dad and Caela to the blue plate diner, the hospital, the avenues for a drive (dad took us!), the jack Mormon coffee company and log haven for dinner. Mom almost fell asleep at the hospital while I was feeding Tess and I couldn’t blame her! That’s usually what I’m doing by the end of the night, too.

I was brave, and faced down the slightly creeper, invasive volunteer! I told her we didn’t have time to talk as the whole family was waiting out front. Worked like a charm, but I still felt a little schmucky. Still – had to be done. Anyone who walks into a NICU room without asking is begging for a courteous directive.

So we’re all exhausted, full and happy. Not a bad end to a Monday. Thanks for being here, guys! Special thanks goes to Sassy the mommarazzi, who took as many photos as we do and them some. 🙂 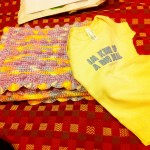 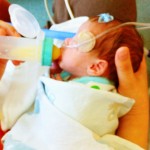 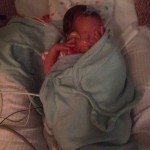 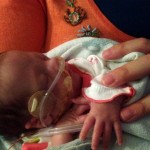 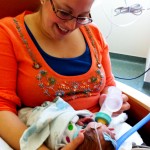 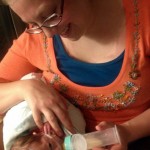 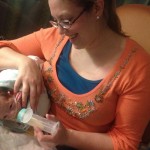 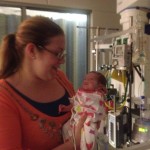 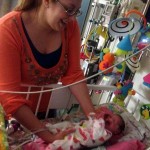 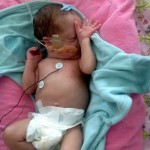 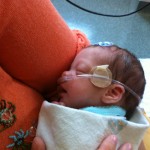 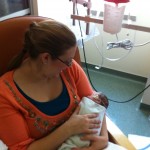 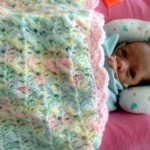