Today we pretended Dave’s the lone breadwinner, I’m a stay-at-home-in-the-NICU mom, and Tess is a tv star. Dave’s boss and some coworkers were in town for some meetings and took him along. He got to talk nerd with people who truly speak his language (I speak pidgin coder only!), and found more adoption and NICU card holders! It’s creepy how many of us are out there.

In the meantime, I did laundry, insurance calls, carpool, worked some, and took care of Tess. It was quite awesome. She is still just her fabulous little self, even winning over the cautious doctor – not cautiously optimistic, just cautious. I believe he even smiled. Miracles do happen!

Speaking of, we’ve so corrupted our favorite pal Karyn that she finally gave in and became a primary! She really was anyway, as we look to her as the source of all knowledge, but now it’s official! We roped in her best friend too – also sweet and funny and fabulous! They’re both charge nurses so we won’t get them a lot, but we’ll get em when we can. 🙂

In the meantime, the hospital wanted to put Tess and I in a commercial. Now, many of you know I DESPISE cameras. Video cameras are particularly abhorrent. So you will understand how grateful we are to this hospital when I tell you I agreed. Fortunately, they found an alternate (I didn’t say I agreed happily), so they ended up getting solo Tess. Apparently she’s just as cute on camera. 😀

So after kangaroo care and a little more work, we ran out for a quick dinner and back for evening cares. That IV is coming out right now – yay!!! And we’re hoping nothing else goes in. She gets caffeine and breast milk – a perfect cocktail. 🙂 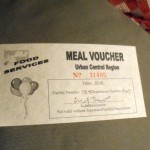 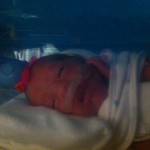 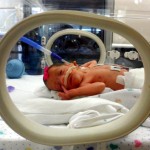 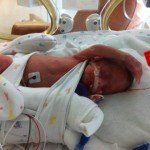 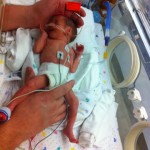 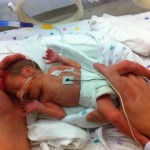 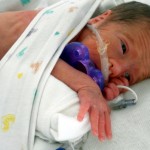