I feel foreign; like a rock in a river. No matter how hard I try to observe, cultural cues here are beyond my reach. Seeing the sights is incredible, from the forbidden city to the Great Wall, but it’s been a long time since I felt like such an outsider. As a passionate traveler, I’ve taken the ease with which I learn local customs for granted. This trip is an excellent reminder of just how little world I’ve seen!

I stood on the Great Wall of China today, surrounded by other tourists just as blown away as I was. I still can’t believe it happened, that I got to set foot on something that took thousands of years to build and that would take me years to see end to end. The palaces and temples are beautiful, but haven’t struck me the same way – perhaps because we don’t have the right to go into the ones we’ve seen. Still, my favorite sights are unplanned: the random dance groups in the parks (or the South Koreans on the Great Wall – yes, a flash mob), the beautiful gates leading nowhere, a toddler’s bum peeking out of ripped pants as he clambered up the temple stairs. Seeing red lanterns really are used everywhere, and that the Chinese jackets I thought were only for tourists are actually worn by locals.

Beijing was impressive today. So was my travel buddy. Tomorrow morning? Rickshaws and a temple, then off to Hong Kong!

side note: I didn’t bring a computer, so you’ll have to be patient for photos. 🙂
——-

On the homefront, we tried a new food today! Potatoes! … did not go well. She seemed to like it, and then it just… reversed course. Even a snazzy costume wouldn’t cheer her up! (But she was stupidly cute!) 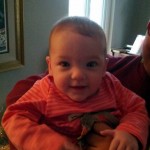 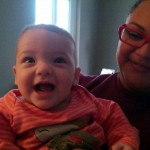 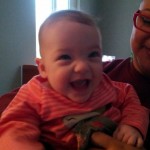 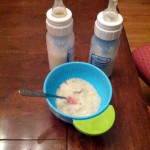 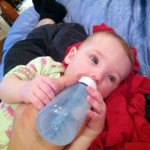 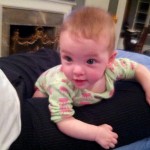 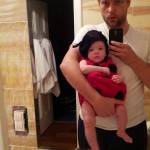 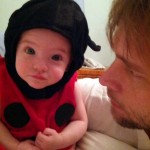 3 thoughts on “Culture and culture shock”