So friends are here from France – yay! – and we had a spontaneous dinner last night that went into the wee hours. I recounted lots of Tess stories, and realized I’ve neglected those here.

Tess has discovered new ways to rebel. Yesterday, she tried to outrun me up the stairs. I won – but she’s getting crafty! We had to create a baby jail cell out of leftover baby yard pieces ages ago because she’d intentionally do something wrong to be put in the playpen. (Putting her hand in the dog bowl saved her the trouble of walking to the playpen and waiting for us to put her in it.) Now, we have to clear the toys she’s launched into the jail cell from the playpen before a time out. I swear, she’s stockpiling entertainment for her next baby prison visit. She’s also on the run a lot. We gardened (feel free to guffaw) yesterday, and had a hard time keeping her in the front yard for more than a minute! Those stairs to the sidewalk seem mighty attractive.

Tess is mastering walking up and down stairs, with only one full somersault from a top stair (1 of 2 stairs) to her name. She has started figuring out how to strip her clothes off, and will therefore on occasion end up in a straight jacket of her own design, which delights her. She also, as of this morning, helped dad dress her by bringing Dave a matching pair of her shoes! Uh oh. Fashionista alert? The shoes part didn’t alarm me, but the matching did.

She’s also being a sweet, sweet big sister, sharing her sippy cup and baby bottle with her brother quite regularly. The thumps to the head with toys haven’t stopped, but let’s be realistic; that’s just going to happen. Remy fought back for the first time, unintentionally yet effectively, when she sat in just the right place on his playmat so he could kick her incessantly. We were quite proud of him! Tess looked stunned. Sibling lesson #1: they do get bigger and more vigorous!

In other Remy news, he’s officially off the stinkiest formula in the world! I wish we could say this was a well-thought-out attempt after weeks of consideration. We were actually on our way out for the night, and as we drove away, the sitter called and mentioned that

The only formula in the house is Gentlease, not Alimentum. What do you want me to do?

As we looked at each other in that hard-earned moment of freedom, we knew in an instant.

Let’s give the formula switch another try. He’ll be fine.

Ah, our finest parenting moments. But it stuck! He was finally ready. He also, as of last night, realized solids are cool kid food. He went from fighting to keep the spoon out of his mouth to begging for more. As of this morning, we are officially a two high chair household.

Having friends and family around for an enforced vacation has been great; after a crazy month (really during – it picks up again Monday), time with those I love is critical. Actually paying attention to how much the kids are developing is important too, as it’s so easy to get frazzled just getting through the busy days.

We were so looking forward to this summer and taking our kids out. While we’ve made a gallant effort in the last few weeks to steal summer moments (picnics, dinners outside, the air show, friends, etc.), in some ways I feel like we’re still pouting over lost time. No more. As of today, I’m going to concentrate on what I don’t do best: looking forward with anticipation instead of backward with regret. SO, a few more weeks of light blogging remain until the chaos at the office lightens. Then, prepare for an eruption of storytelling and photos that (hopefully) inspire raging jealousy over the perfection of our family life. 🙂 I can dream, can’t I? 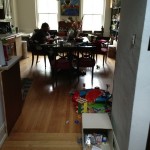 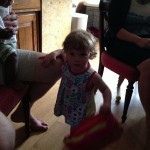 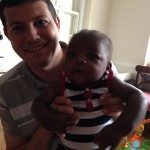 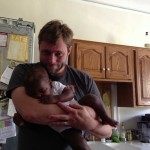 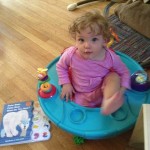 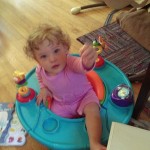 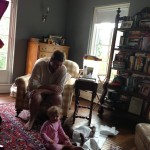 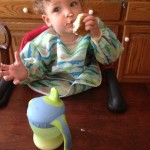 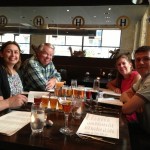 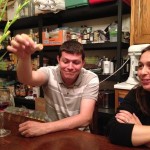 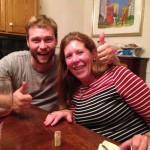 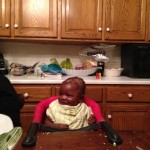 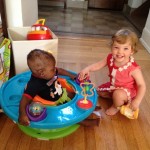 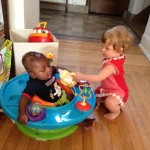 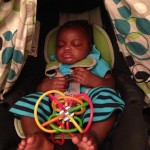 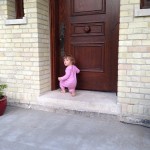 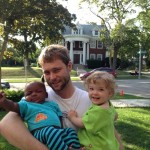 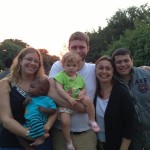 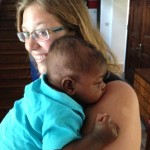