I figured out when I can take a shower when home alone and not wake up to screaming from one child or another. This may not sound like much, and I took showers despite the screaming, but shutting the water off to silence instead of wailing already makes me feel better about my day.

Tess and I also ate a banana this morning – successfully. I am determined to be healthy enough to have dinner with Jess and my fam tonight, so banana for breakfast and egg and rice for lunch. Tess and I, the great foodies, have sunk so low. I have to admit, we both eyed the banana slices with some suspicion and started with our saltines. She’s a smart cookie, this one.

Jess and I made it to Rufus Wainright last night, and he surpassed our expectations. Seeing the differences between his concert three years ago and last night’s was fascinating. Three years ago he was mourning the loss of his mother. Last night he was jetlagged and relaxed after touring Australia, Auckland New Zealand. He missed words and phrases and had to fix it on the fly, which made the concert even cooler to watch as a performer. Jessica and I were on the edge of our seats, bouncing like eight-year olds. It made a day of saltines and ginger ale completely worthwhile!

We got home, chatted with the boys for a bit, and finally turned in around 11. Mistake. Major mistake. Boys’ night meant Tess turned in late as well. Yikes. None of us had a relaxing morning. Still, we got Remy to settle down last night, so small victories. And in case you’re wondering, we cheated. Jess the Savior managed to keep him up for a few hours yesterday during the day, which seems to have helped him sleep through the 11:30-2:30 window. Dave got up on autopilot at 2:30am until I spelled him at 3am when my alarm went off. Then, I tucked him into the swing. He wouldn’t go to sleep once he left our arms. We’ve been trying for a month, and we’re wrecked. The swing, sweet swing, gave us hours of sleep we desperately needed. He was safe and we are sane, so no regrets. As a routine insomniac, I wonder if breaking his cycle any way we can will give us a chance to introduce a more natural (read: less psychotic) schedule for the fam. Only the next few days will tell.

Morning update:
I ate chicken!!! And salad! Can’t say I’m feeling spectacular, but we managed to celebrate Jess’ birthday in style. Mom, Dave and I took her to dinner, where we snorted with laughter over terrible stories for hours. Love!

Then, the magic happened. Brittney took care of the kids, so we knew they were in good hands – but how good? She kept Remy up for almost three hours in the evening and got Tess down early. Jessica then threw herself into the mix and took the 11pm feeding. (To justify our horror, she noticed that he was wide awake and alert at 1am.) We went to bed at 10:15. I know this seems minor, but what a difference that hour makes when you’re exhausted to the core! Through some bewitching of these two fine ladies, Remy slept until the 3am feeding. He tried to sleep through the 3am feeding. And when I finished, changed him and tucked him back in, he fell right back asleep. I almost had a dance party by myself! So the forecast for the weekend is looking up, despite a dusting of snow in April and Jessica’s departure today. 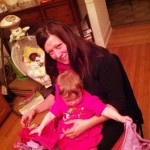 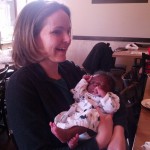 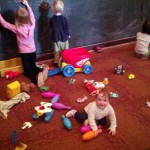 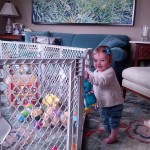 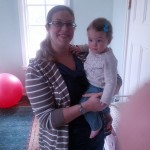 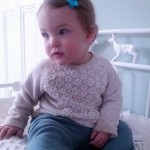 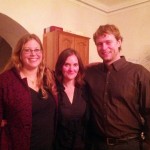 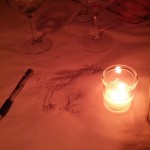 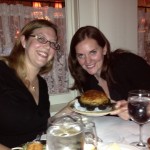 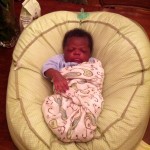