Happy third anniversary to us! Dave and I were so sure that our first anniversary, then our second anniversary would be celebrated with our first child – but it was lucky three. 🙂 We’re all feeling a little under the weather, but aside from crankiness and a weird sleeping/eating pattern, Tess is holding up better than I could have hoped. I don’t know if we got the right cold or if her disregard for the statistics she should adhere to kicked in again, but she’s acting like any other baby with a cold. At any rate, she celebrated by not sleeping at all today. So…we’re a little worried that means no sleeping tonight. Here’s hoping that adage about no naps, no nights is just a myth.

Dave and I celebrated with books (so awesome!) and a nice dinner at a new spot in town – c.1880. We talked about a few trips we have coming up, and I realized that even if we don’t bring Tess on all of them, her presence in the world means traveling will never feel the same. The only night we spent away from her made us miss her! As we gear up for a 5-6 day trip at the end of the month, we’re already wondering how much of it will remind us of our DINK (dual income no kids) adventures and how much of it will be childless moping. Considering it’s for my speaking/learning/nerding out with the linguists week, I’m hoping my excitement and our first time in San Diego will distract us. We’ve already figured out that our original plan to take her means Dave won’t get a thing done for work, so mom stepped in so we could both still go. That cooing, self-sokthing baby pipe dream was brought to you by foolish thirtysomethings who thought they knew better. Ha! Idiots. 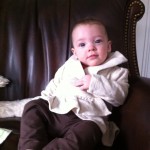 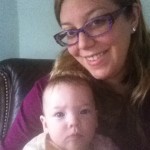 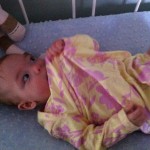 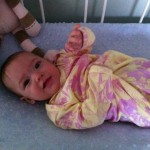 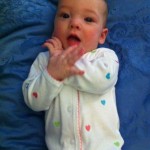 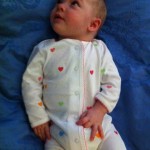 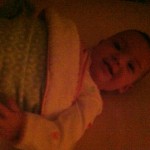 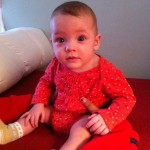 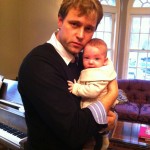 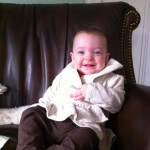