10â€“4 was a red letter day. Dave and I expected to head off to the North woods for our anniversary weekend away. Instead, we delighted in complete chaos from the beginning till the end! We packed and say goodbye to the kids â€“ exactly what you’d expect. But somewhere in there we interviewed an in-country au pair who was adorable (her first match didn’t work out). In country by the way means that she had to be placed within a week, unlike the other au pairs we spoke to who would be placed in 6 to 8 weeks. We interviewed that au pair, interviewed two other au pairs, and had a long conversation about what exactly we were thinking looking at au pairs with a house under construction, two little kids and very crazy schedules.

In the end, we decided we simply couldn’t let a girl as nice as Estelle move back to France without getting her year in United States. This was especially due to her charming personality and her attitude about kids. We feel very lucky to have found her although sad Kira won’t be here as much. All about to say we picked still before we even got in the car.

I fit in two work meetings and an eye exam and then we hit the road. Unfortunately, we lost the whole morning; it was almost lunchtime. On principle, we waited until we got at least to Grafton to have lunch. This turned out to be a fortuitous choice, as Adam and Brigid were down the road where Brigid was in labor!

When we asked him if barbecue for lunch would make the baby come faster, I think he thought we were kidding. He begged for food, and then begged for flowers for his wife. He said the hospital room was depressing after 12 hours at a go. No big deal right?

We had our lunch, got a lunch for Adam, and found a flower shop. Unfortunately, the florist had just stepped out for lunch. As we were trying to hit the road, we said we simply didn’t have time to wait and asked if the store owner would mind if we made a bouquet ourselves. He kindly gave us permission. The next thing you know, I was standing in the freezer handing out flowers to Dave and this kind gentleman, and Dave was arranging them in a vase – quite artistically I might add! A regular customer came in and looked shocked when the owner said he didn’t know us from Adam. I told how funny was he used that name, as it was my brother’s name and where the flowers were going. Dave and I then drove around the North Shore like tourists, trying to figure out which hospital was the hospital. Eventually, in a downpour, we found it and them. Adam met me outside and I got an update on Brigid and he got some food. We had a good laugh over the fact that his son was born on 10/4 and the redneck jokes could start before he even made it into the world!

Finally sometime in mid afternoon, Dave and I actually hit the road for the great Northwoods. The colors of the trees looked like something from a film. Lakes peeking between the branches of gold and and fiery red leaves, twisty roads and little drops of rain, a slight chill to the air as the sun started to set; It was miraculous. We meandered through Nicolet forest to our cabin at summit Lake. We spent the next day and a half in rainy bliss, sitting by the lake in moments of sunshine and dealing with au pair logistics the rest of the time. We decided Wednesday was the day for her arrival. In the meantime we fished and read on the dock while eating scones, and had glasses of wine at night while watching movies.

As we suspected, our weekend for sleeping in turned into our weekend of early mornings. Still, as the parents of 2 under 2, there’s something unbelievably restful about not leaping out of bed when your eyes pop open at 7 AM. We lazed about with our cups of coffee, commenting on the beautiful outdoors and how charming our little cabin was.

Sunday morning, true to form, we woke up around seven, had our coffee, hung out by the lake, took as always too many pictures, and hit the road early. We found a really cool shortcut, Forest Road, which looked like a car commercial. It was all windy curves, beautiful trees and unbelievably gorgeous vistas. Everything was perfection… Until we got a text saying that I had left things in the cabin and we had to turn back. Knowing that this would delay our trip a little further, we headed back on a different road. We found our cabin and we got to meet the owners, who were charming. We had a lovely conversation about cabins and football, then jumped back in our car, my dress in tow. Dave charmingly chose to not bring to my attention that this turnaround was my fault entirely.

Our grand tour continued. We stopped in small towns, admired the scenery, tried to picture ourselves living in these beautiful little places, and had coffee, caramel apples, and burgers. Everything seems be going swimmingly. We put all the towns we wanted to visit into the GPS, my trusted companion on road trips. It said we had about an hour until we got home and that was perfect; we were aiming for 6 o’clock. Suddenly, Dave started in the driver seat.

My beloved car had decided we needed a detour. Not any detour â€“ a 2 to 3 hour detour that would take us through Green Bay during the Packer game. Needless to say, we were quite disgruntled and it kind of changed the tone of our afternoon. I got in touch with my team and explained that I would be late to my computer, while Dave called Brittney to explain that we would be late to the house. We got home in one piece and got to explore lots of backroads we didn’t know were there. Brittney wasn’t too angry with us, and the kids couldn’t care one way or the other. Home again!

We hugged the kids and hugged Brittney, who will no longer be nannying for us as she has to concentrate more on her studies. We’re sad to see her go. Unfortunately, right after she left, I had to run upstairs and work on a document for a few hours. Dave got a full dose of his kids. This is actually a good thing because he took the train to Chicago the next day and missed them.

We both dreaded having to tell Kira the next day that we had chosen to go the au pair route. She’s such a lovely young woman and we feel lucky to have met her. Still, having some control over our schedule will make life so much easier that we couldn’t make any other choice.

The conversation was a heartbreaker but went well. What didn’t go well? Dave getting his train schedule straight. He missed his train by five minutes. This did give us the time to grab a quick coffee together before he set to work in coffee shop and I headed to the office for my meeting.

I can’t stop my brain from moving. Estelle coming this soon means we have to move Remy out of his room for the time being, as Colin’s still living with us because his condo’s being dealt with. We’ll be sharing a room with our infant son who does not sleep well â€“ says me, the insomniac. Always a new adventure! His dresser has to be emptied, his things need to be moved our room, the tent in his room needs to be dismantled, and somehow I feel like the house needs to be cleaned – as always.

Still, I felt this little story needed to be shared. What a weekend! What Dave and I take away from this? Four years later, we are still living at breakneck speed trying to digest every beautiful moment of this crazy, wonderful world that we made together. What better celebration could we possibly have them to have the chaos continue? Bring it on! 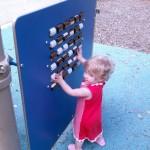 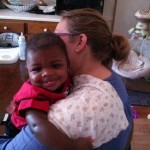 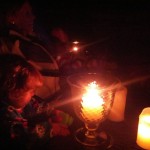 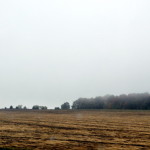 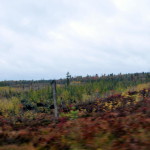 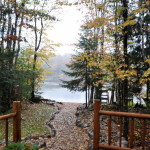 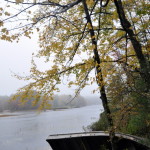 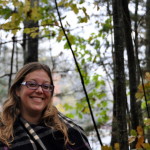 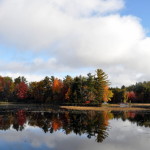 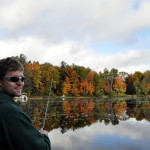 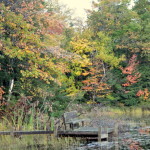 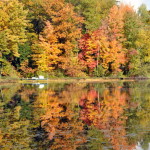 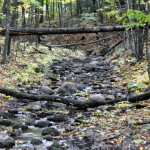 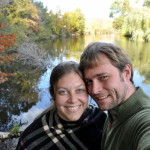 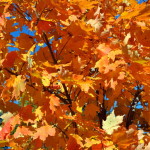 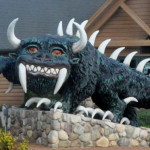 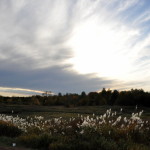 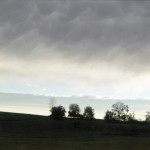 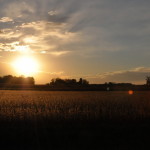 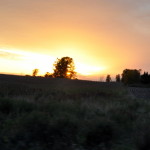 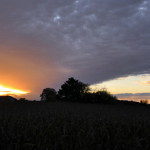 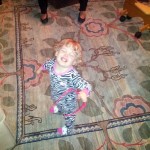 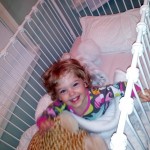